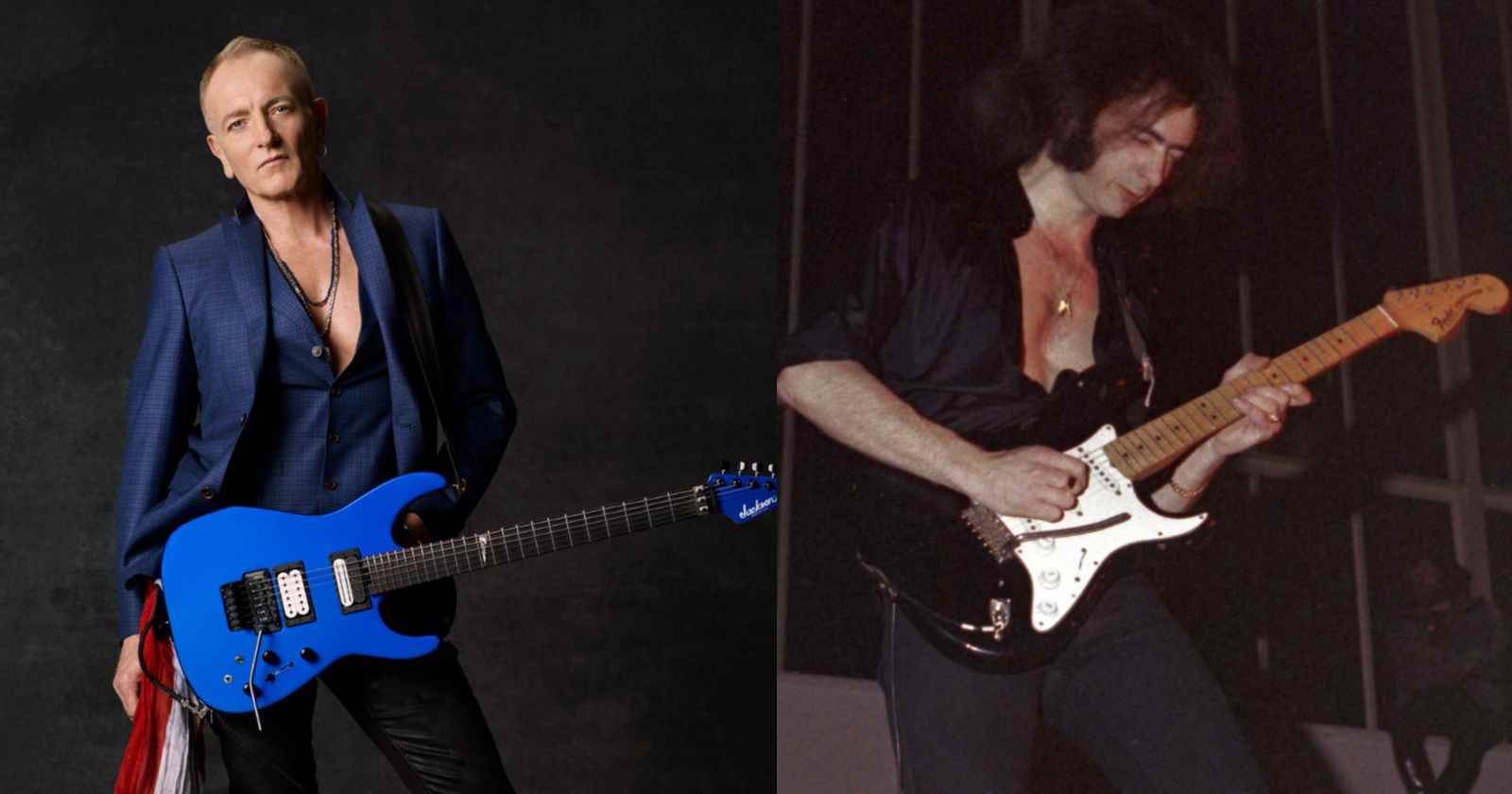 Def Leppard guitarist Phil Collen talked in an interview with Sweetwater two guitarists he admires: Ritchie Blackmore (Deep Purple, Rainbow) and Gary Moore (Thin Lizzy, solo). The musician recalled that the first rock concert he ever went to was the one that the photo was the back cover of Purple’s “Made In Japan”.

“I saw Deep Purple at 14 and I was like, ‘Oh my god, that’s what I want to do!’ Ritchie Blackmore, front row, smashes up the Strat, and all that. I pestered my mom and dad for two years, and they finally got me an SG, actually, which I’ve got here.”

Now, I read somewhere on the internet, I don’t know if it’s Google nonsense, that there’s a picture of a very young you on the back of ‘Made in Japan.’

“Yeah, that’s true, that was the actual gig. I know it says ‘Made in Japan’ but the photos were from Rainbow [Theatre], and that was the Brixton Sundown which ended up being the Academy. And I didn’t know that until Def Leppard played there.”

“And I was like, ‘Hang on a minute. I’ve been here, it was the first gig I ever went to!’ And ironically, it’s why I stand on that side of the stage, all because Ritchie did, and it’s really weird.”

Perfect. And your first guitar, even though Blackmore was a Strat guy, was an SG. Who else that you mentioned – I’m chasing a guess that Mr. Gary Moore might be in?

“Absolutely. Without being all name-dropper, I’ve actually got to jam with him because he opened up for us on the [1983’s] ‘Pyromania’ tour. He is one of my idols. And I went in the dressing room, he had the Peter Green Les Paul [the Greeny, now owned by Metallica’s Kirk Hammett], I’m like, ‘Wow! That’s the Greeny…’ He said, ‘Yeah, play it!’

“So we sat down, I actually got a blister jamming with Gary, he picked up a Charvel and I played that for like an hour. That was the start of me going heavier with the string gauge because I was using like nines or something, and he had 10s on that Les Paul.”

“So I’m going: ‘This is just great!’ And I play 13s now but that’s what started it off, that Les Paul and Gary Moore.”