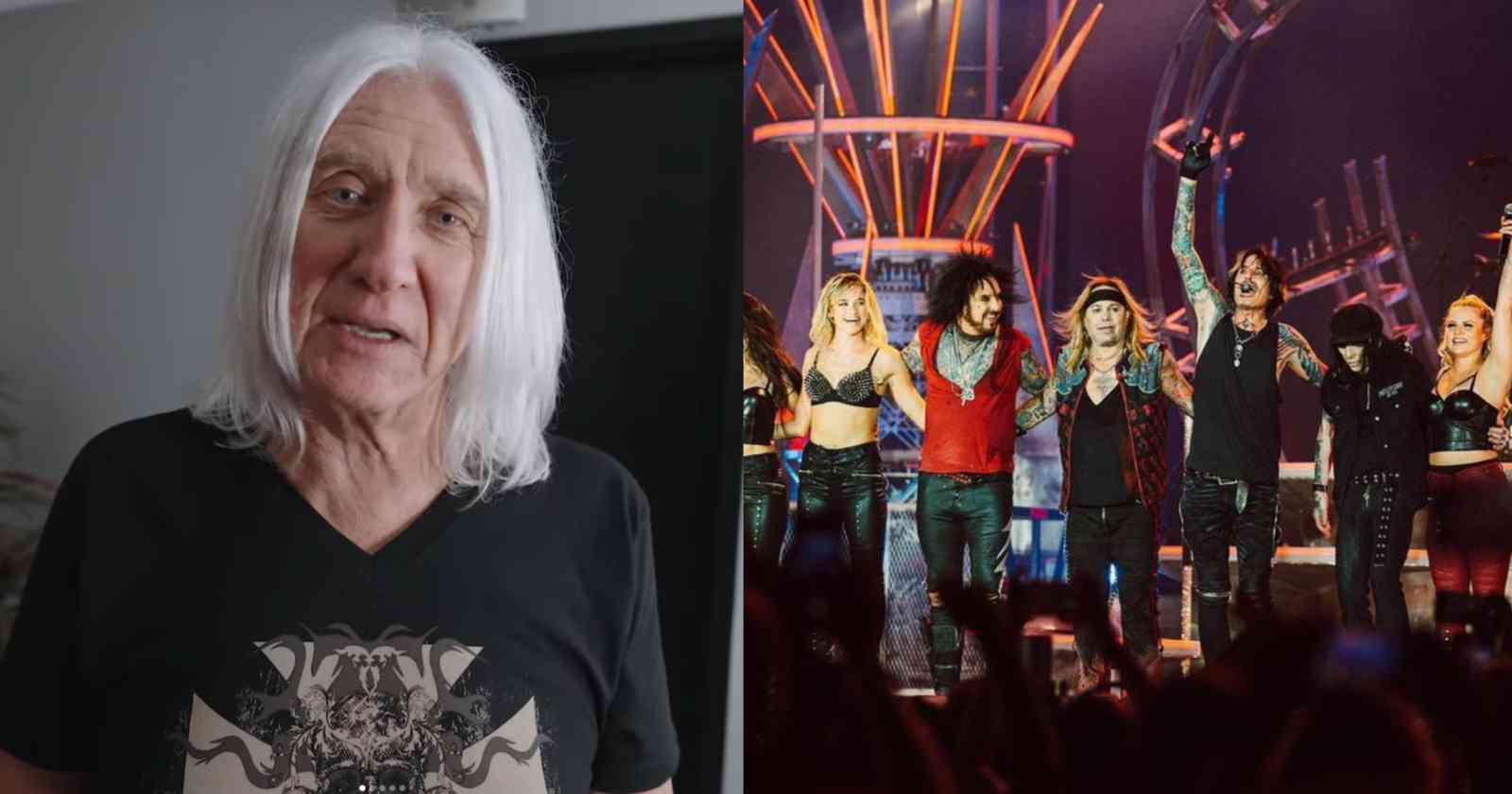 The Def Leppard vocalist Joe Elliott revealed in an interview with Hot Press which is his favorite Mötley Crüe album. The British band and the American group are toured together in the last years across the United States and in 2023 will perform in South America and Europe.

They had met each other face to face back in the 80s and have toured together during that decade and also in 2011.

“My favourite Mötley album is Dr. Feelgood. Bob Rock was the producer and it’s got some great riffage! They got the sound down better and really focused on the songwriting.”

“Four L.A. bad asses who used to drink a bottle of wine and want to kill each other”, Rock insisted on Messrs – and, indeed, messers – Sixx, Mars, Neil and Lee recording their parts separately to avoid fatalities.”

“I watched The Dirt and Pammy & Tommy as well, which I thought was hilarious. The Dirt has all the dark bits – their drug addictions, the alcohol, Razzle from Hanoi Rocks getting killed, Vince losing his daughter.”

“We’ve had the same real-life stuff that brings it all back down to earth – ‘Drummer lost his arm, Steve lost his life, Viv got cancer’ – but Mötley’s internal dysfunction is a bit more to the surface than ours!” Joe Elliott said.

Released by Mötley Crüe in 1989, “Dr. Feelgood” was their fifth studio album and had classics like the title-track, “Kickstart My Heart”, “Without You”, “Same Ol’ Situation (S.O.S) and “Don’t Go Away Mad (Just Go Away)”. It’s the only album of the group that topped the Billboard 200 chart.

After touring across North America in 2022, the two groups will continue to tour in the United States but they will also perform in Mexico, South America and Europe in 2023.