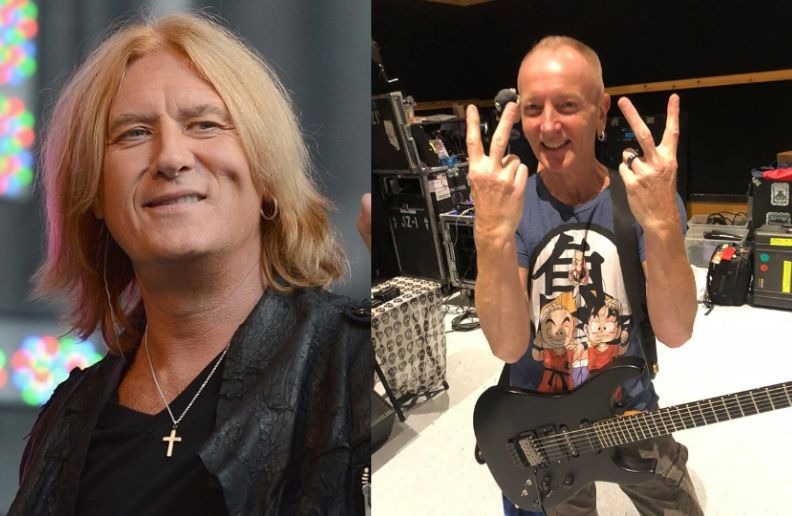 On a interview with Eddie Trunk, Def Leppard’s vocalist Joe Elliott and guitarist Phil Collen revealed which artist they would like to put in the Rock & Roll Hall Of Fame.

“There is a really obvious one, and we would love it – Brian May from Queen would be great.

“We just played Vegas just a few months ago – Queen were playing just around the corner, and I bumped into Brian at the gym, actually. And he said, ‘You’re playing tonight?’ I said, ‘Yeah.’ He said, ‘Me too.’

“And it was just, like, amazing. Brian is one of my biggest influences. I love him. I just can’t get over how amazing he is. And we all do – we’re huge Queen fans and Brian fans. And so, that would be lovely, if he’d be up for it. But, you know, we’ll see.”

“We didn’t take it for granted that we were gonna get it. I know we were crushing the fan vote, but there’s more than the fans – there’s all the people that we don’t know who they’re gonna vote for.

“So we didn’t even think about who we’re gonna get to induct us because we didn’t wanna think… I don’t like pre-planning that far ahead in case it all falls flat and you don’t end up getting in. And then you put a lot of energy into something that you didn’t need to do.

“And trust me, I need all the energy I can get at my age; I’m not gonna waste it on stuff until I have to. Now we will start thinking about who’s gonna do it.

“And I suppose [Mott the Hoople frontman] Ian [Hunter] would be one of the people we would think about if he’s available and wants to do it. We’re open-minded. We’re also realistic that some people might not wanna do it. We’ll see.”