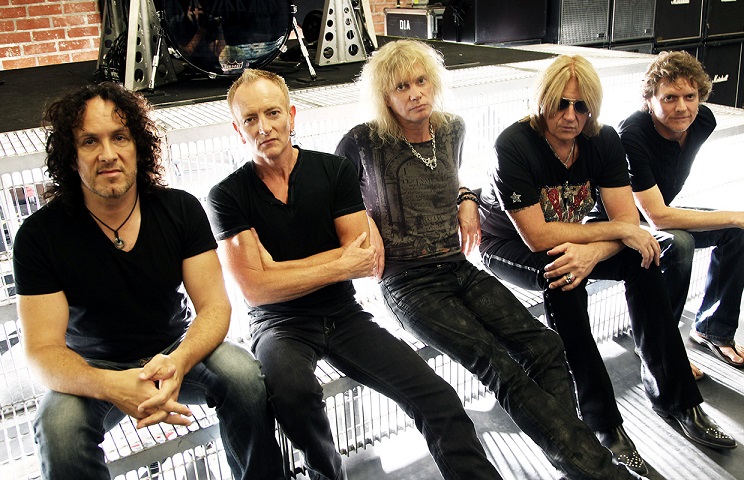 The guys from Def Leppard sat down with Classic Rock Magazine to jot down their favorite studio efforts from their own band. You can check out what they had to say below.

Def Leppard guys talked with Classic Rock Magazine about their favorite album from the band.

“Wow! Who is your favorite child? Tough one! I have a massive love for ‘Yeah!’, our covers album, because those songs are my childhood on one disc, and I think on Def Leppard we proved – if to no one but ourselves – that we can still write great songs and have a good time creating new music. But logic dictates Hysteria is obviously the most important album we ever made. It captured a moment in time that seems to be lasting forever… long may it last!”

“‘Hysteria.’ We actually changed the way that music sounded on the radio. Mutt [Lange] bridged that gap between pop and rock. ‘Pyromania’ was a bit like that, but with ‘Hysteria’ it had a further-reaching effect. And Mutt really deserves the credit. He would push us: ‘This is average. But we’ve got to be great.’

“There was something so pioneering about it. Y’know, like the Stones were a blues band, then all of a sudden the band that was doing ‘Little Red Rooster’ was writing ‘You Can’t Always Get What You Want.’ They went through a whole different thing. I think that’s what happened with us. And it kinda changed the way a lot of people approached rock music.”

“It changes. But what was one of our seemingly least popular albums has became one of my favorites – ‘Slang’ [1996]. We were reeling from the fallout of the whole Seattle scene, and that album was a great opportunity to get back to basics. It wasn’t as polished, and maybe that was more the sound that would have happened to the band had we not met up with Mutt Lange.”

“I loved ‘Pyromania’ and how it set the band up, but I’d have to choose ‘Hysteria.’ Just the quality and depth of the songs. Whenever you hear any of those tracks on the radio, even all this time later, it doesn’t sound dated for a 1987 album.”

“[From my time in the band] I think ‘Songs From the Sparkle Lounge’ [2008] felt the most comfortable, because it was so easy to make. We didn’t intellectualize it. Frequently there’s a concept that comes before the music – y’know, a discussion about what kind of album we want to make. But with ‘Sparkle Lounge’ we didn’t sweat it. My theory is that it came on the heels of the ‘Yeah!’ covers album [2006], where it was like painting by numbers. And I kinda feel like there was a bit of that same ethic and thought process about it.”