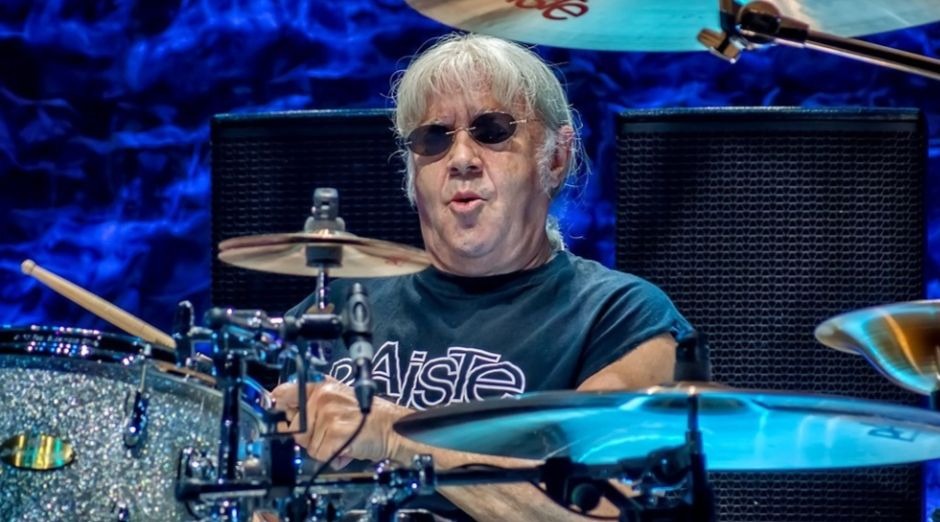 The legendary Deep Purple drummer Ian Paice revealed why he doesn’t use double bass drums in a recent Questions and Answers broadcast. He explained why and told the only song he used.

“Well, not really. The only time I ever really did it was on [1971’s] ‘Fireball’ because it added something to the track… The way the riff rolled along, it needed that power of two kicks. When I was growing up, the only guy who actually used two bass drums that I knew about was the wonderful Louie Bellson, and even he had not really what you’d call mastered it.”

“There are some wonderful young drummers around these days who’ve got the two-bass-drum thing down to an incredibly fine art, but I’ve always preferred to have to think in patterns Sometimes, with the bass drums, it’s not where you put the note, it’s where you don’t put the note, and that makes it work. So, thank you for the question, and there’s your answer.”

Ian Paice was born June 29, 1948,  in Nottingham. His first contact with music was playing the violin, but at the age of 15, he chose the drums as an instrument. He started his career as a drummer playing in his father’s Dance band in the early 60’s.

Then he joined another musical project called “Georgie & the Rave-Ons”, until he founded Deep Purple. Before reaching their current line-up, the band underwent some line-up changes, with Paice being the last member of the original Deep Purple line-up that remains active today in the band.

The bass drum, or kick drum, is a large drum that produces a note of low definite or indefinite pitch. The instrument is typically cylindrical, with the drum’s diameter much greater than the drum’s depth. With a struck head at both ends of the cylinder. The heads may be made of calf skin or plastic and there is normally a means of adjusting the tension either by threaded taps or by strings.

Bass drums are built in a variety of sizes. But size does not dictate the volume produced by the drum. The pitch and the sound can vary much with different sizes. However, the size is also chosen based on convenience and aesthetics. Bass drums are percussion instruments and vary in size and are used in several musical genres. Three major types of bass drums can be distinguished.