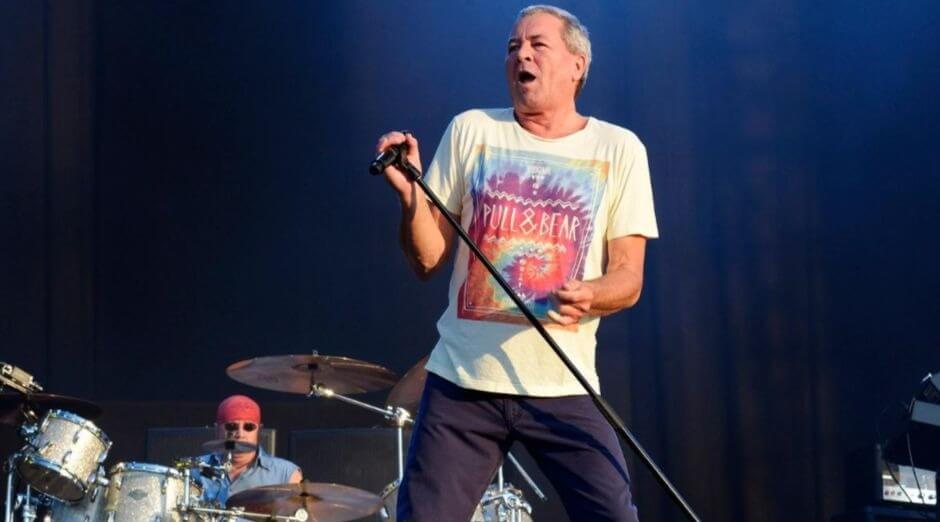 Deep Purple‘s Ian Gillan revealed that the strangest encounter with a fan happened in a strip-club in Brazil. The singer recalled the moment in an interview with Fox News and also said that the band’s hit “Smoke On The Water” almost wasn’t released. He also gave his opinion about fans using their cellphones during their concerts.

Deep Purple’s Ian Gillan said about the strangest encounter with a fan:

“One time we were in Brazil and there was a fan named Yvonne the Tigress who was a lunchtime stripper. We all went along to see her. She sang ‘Smoke on the Water’ to the accompaniment of a conga drum.”

“And it’s the only time I’ve been to a strip club – and I’ve been to many of them – where I’ve seen that happened… Wonderful experience. That’s the oddest one.”

About “Smoke On The Water”, he said:

“It was a delayed process. The song had very humble beginnings. It wasn’t even supposed to be on the album (1972’s ‘Machine Head’). We were short seven minutes when we were recording in Switzerland and after the fire of the casino (in Montreaux).”

“We only had a few days left to record the album. And I remember on the last day, the engineer says, ‘You’re short seven minutes.’ So we just quickly wrote a song based on what had happened and forgot about it.”

“We just thought it would be a good song to finish the album. We went on the road as if nothing had happened. And initially, the song wasn’t played on the radio because it was too long.”

“But after it was edited for radio, that’s when it became a commercial success. Who would have thought that to this day, we would still be talking about this song? And it became so influential to many other artists over the years. We still play that song today.”

As an artist, how do you feel about audiences making cellphones part of their concert experience?

“Well, at first it was weird. It just connected with me. Why would someone film you at a show when they’re at the show and missing out on the experience? But generations change. It became pointless to try and resist that tidal wave. We kind of got used to it. In fact, it became amusing to see everyone holding up their phones in the air when back in the day, it was lighters.”

“Initially, I didn’t understand why everyone had to share everything and be in constant communication. But [with this pandemic], thank goodness for it. Because my phone hasn’t stopped ringing thanks to friends and well-wishers from around the world. I may not always understand it, but I’m too old. [Laughs]”