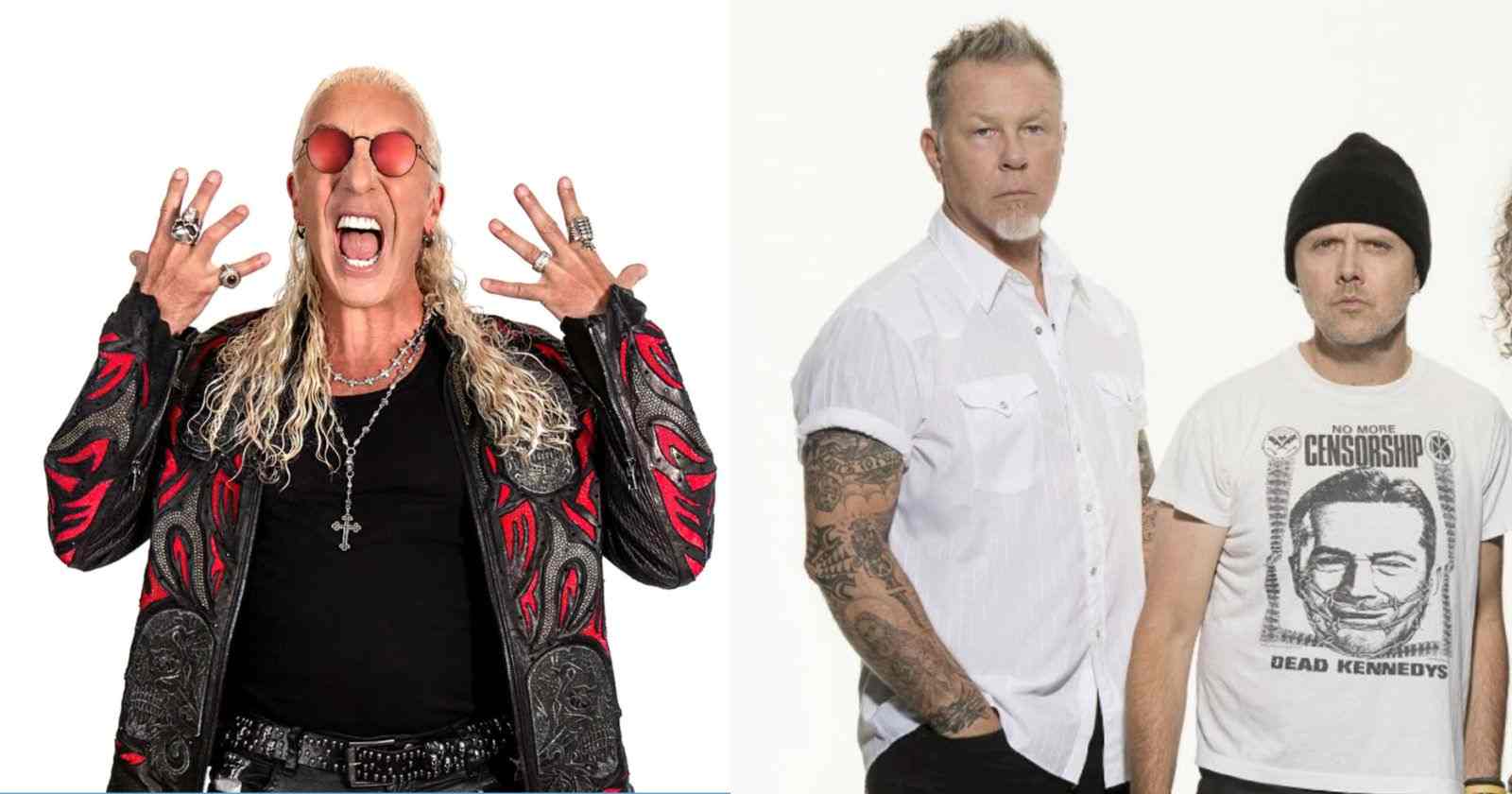 Twisted Sister singer Dee Snider said in an interview with Speak & Destroy that when he first saw Metallica he believed they would not be successful because their music was too heavy. The musician also said that Metallica guitarist and singer James Hetfield couldn’t play guitar when they were starting.

“Watching them in Holland, turning to my bass player, I went, ‘You know, these guys got a lot of heart, but they’re never going to go anywhere.’ I couldn’t imagine that something so heavy could cross over and become accepted, and they did it on their own terms. I told them, I have nothing but respect for Metallica, they didn’t give an inch along the way, very impressive.”

“Very much so, I remember looking at our albums, we were touring together, and it was distributed by WEA, their distribution block was about this thick and blocked out Lars’ face… I mean, they had individual deals with every different distribution company of the world, and I remember going, ‘These guys, they’ve not budged.’ ‘You want our record? It’s on our own terms.'”

“Yeah, [manager] Johnny Z, early, early on, they had just come to the East Coast, I believe Dave [Mustaine] had been [in the band] at that time…”

His last show with them was on the East Coast…

“I had no idea, I was too busy putting on my lipstick to watch some opening band that nobody ever heard of. I can’t remember the name of the place – Fountain Casino – and we would play to two-three, sometimes 4,000 people there, so it was a huge crowd.”

“It wasn’t until we toured with them in Europe where they said, ‘Dude, we opened for you on one of our first shows in East Coast.’ I was like, ‘Ah, yeah, I missed history apparently because I was too busy putting on my lipstick.’ So yeah, that was the first time, and then we toured with them.”

They played the song ‘Ride the Lightning’ apparently, but every other song was from ‘Kill ‘Em All’…

“That scene was happening out there in the Bay Area while we had our own scene happening in the Northeast, with Twisted, Bon Jovi coming in, Cinderella, Poison, that takes all those bands that were inspired by Twisted. But also Overkill, Anthrax, those bands, they’ll tell you straight out, Twisted Sister fans to the core, and vast inspiration to play fast.”

Incorrectly so from the historical overview, James [Hetfield] and Lars [Ulrich] are such big personalities that they are often the center of the Metallica-centric reporting – but going all the way back, that one could argue that Hetfield and Dave Mustaine invented a style of guitar playing that has continued.

“Probably more Mustaine. I mean, James couldn’t even play guitar in the beginning. He fronted the band. And, I mean, really, credit where credit’s due, I’m not taking anything away from James, and the ground he’s broken and the band has broken – but I would say it was more from Mustaine even – because James was learning guitar.”

At those really early shows, Mustaine did all the talking, because James was shy supposedly…

“Yeah, and until I went back and listened to the EP that one of James’s major influences was Vince Neil from Motley Crue – did you know that? Well, now you’ve heard that. Listen, they’re from LA, listen to his vocal style on that first EP, it was way more – little more Neils-ily, little less, ‘Yeah!’ A little less down there, little more up there, and hey, everybody’s got their influences,” Dee Snider said.