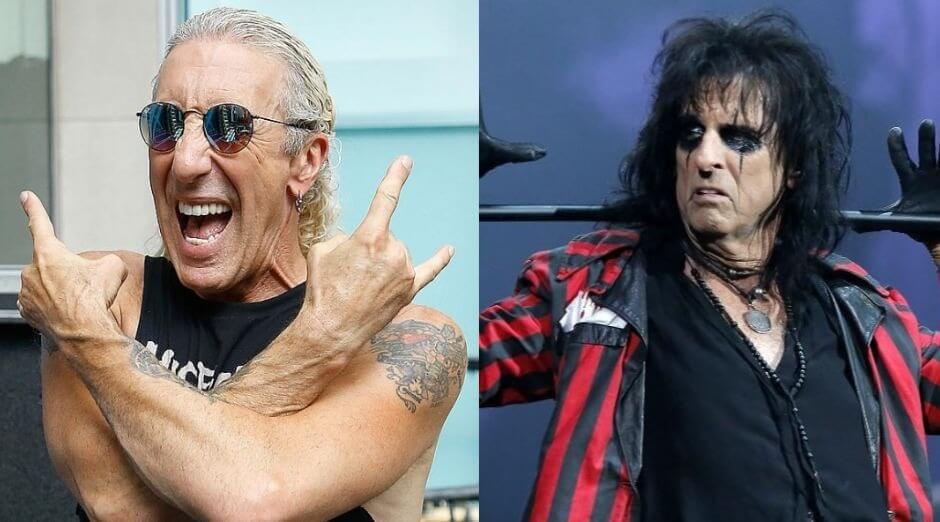 Twisted Sister‘s Dee Snider said that he doesn’t consider Alice Cooper and Michael Jackson frontmens, but entertainers. The singer talked about these terms in an interview with Mitch Lafon and shared his opinion about new rock bands.

Dee Snider said about considering Alice Cooper an entertainer, not a frontman: 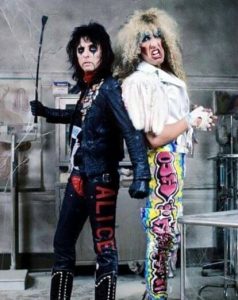 “Yeah, I wasn’t putting it down there, I’m just saying I am a singer. But one of the things that I feel separates me from the pack, especially in live performing, which is featured very prominently on the new album – being a frontman.”

“And it is a different thing. There are great singers, but there are not great frontmen, and to me, it is a part of the package. By the way, an entertainer is not necessarily a frontman. A case in point, Alice Cooper, one of the great rock entertainers of our time, but he’s not really a frontman. He doesn’t talk to the audience at all; there’s no interaction until the last introduction of the band, then he speaks. Michael Jackson, a tremendous entertainer, but he never talked to the audience.”

He goes, ‘Thank you,’ and then he’d be done. David Lee Roth, Bruce Dickinson, Dee Snider, we’re frontmen – Freddie Mercury – we engage the audience verbally; we connect with them, we make an effort to bring them in and reach out, and break down that wall that’s there.”

“You’re on stage or out in the crowd, make them feel like they’re closer to you, more a part of what’s going on, so to me, that is an art, and I wish I could teach it to some of these kids because it’s a dying art too, I think.”

“I mean, that’s Van Halen too, but it was like the bands were larger than life. ‘Creature’ is a fine word; we were creatures, different kinds of creatures, but a lot of different bands, it was like they came from another planet. And it wasn’t just about makeup. The way they carried themselves and the way they looked, acted and dressed, and when the band showed up at the arena, you knew the band had arrived.”

“I’m a radio guy, and I’ve done a lot of concerts and radio shows backstage, and by the time we got to the ’90s and 2000s, I couldn’t tell catering from the band. Very rarely the band looks any different from anybody else, they don’t seem to be ‘creatures’ as you say.”

“And it’s not just about makeup, it’s just about the way you present yourself and carry yourself, so it’s a dying art.”