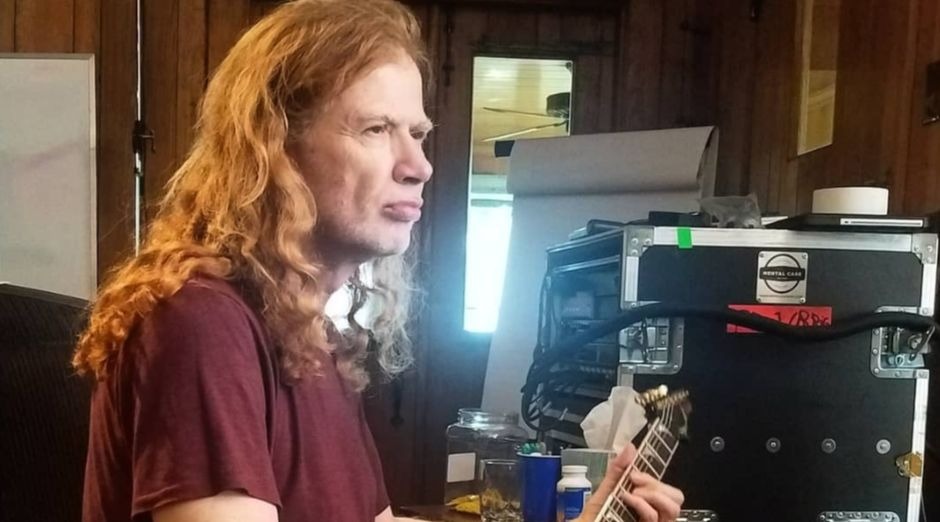 Vocalist and guitarist Dave Mustaine is back in the studio, working on Megadeth’s new album. The musician resumed work only a few days after revealing his diagnosis of throat cancer. The novelty was revealed by drummer Dirk Verbeuren in their social networks. “Dave Mustaine working on #megaalbum16 as a true warrior. Let’s keep Dave and his family in our thoughts,” said the musician.

Mustaine revealed on June 17 that he has throat cancer. Virtually the entire agenda of Megadeth’s shows was canceled so that he could treat himself. Despite this, the musician had already announced that studio work would continue.

“”Megadeth will be back on the road as soon as possible. Meanwhile, Kiko (Loureiro), David (Ellefson), Dirk (Verbeuren) and I will continue in the studio, working on the sequel to ‘Dystopia’ (2016),” he said, In this ocasion.

@davemustaine working on #megaalbum16 like a true warrior. Let's keep Dave and his family in our thoughts. #davemustaine #megadeth

His father was of French, German, Canadian, Irish and Finnish descent, whereas his mother was a German Jewish emigrant. He was brought up as a Jehovah’s Witness.