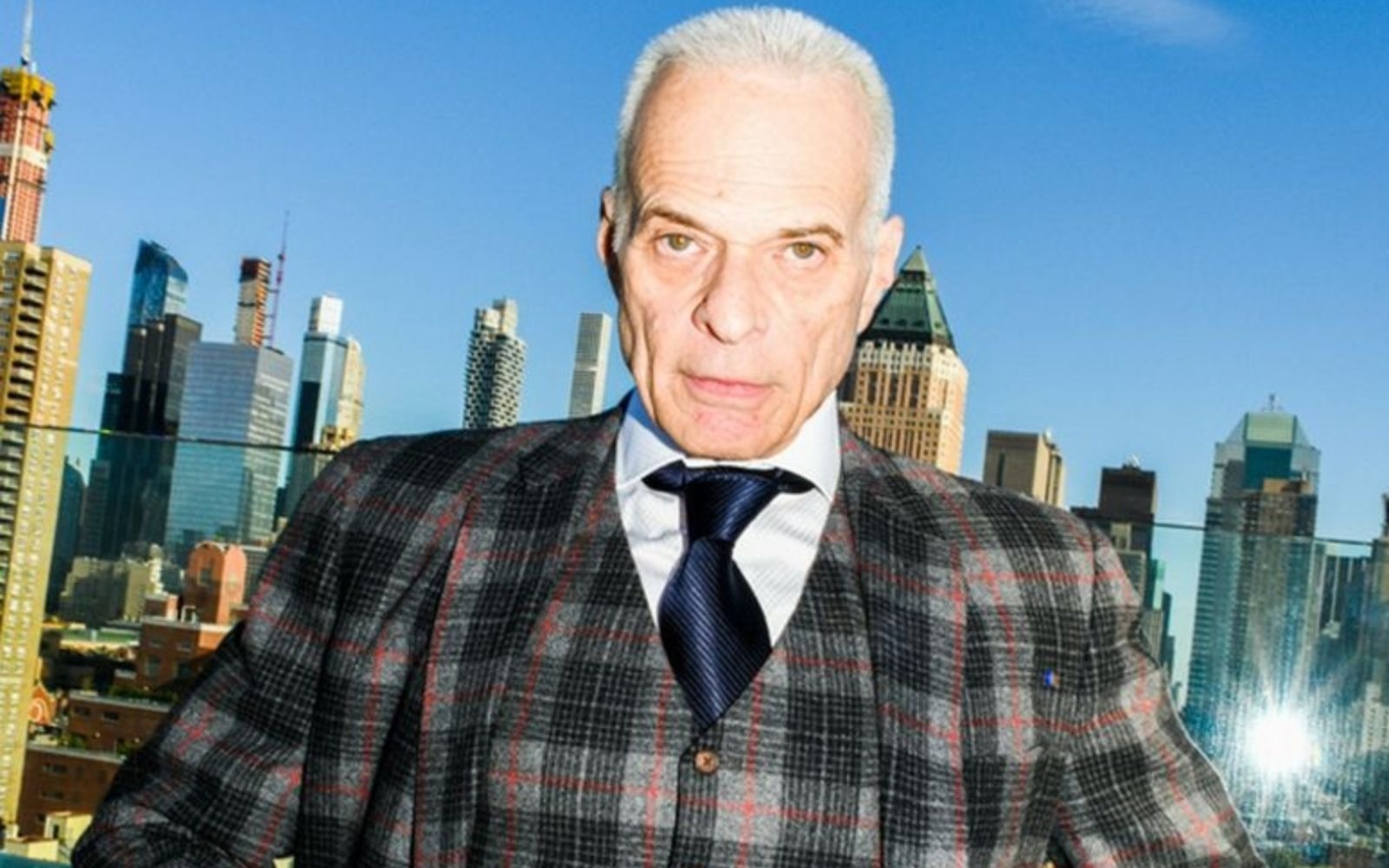 Van Halen’s vocalist David Lee Roth has written a text for The Guardian’s website where he presents curious advice to beginning artists. “Just two words: breathable tissues. Forcing limits on what Van Halen used was never our ambition, but it always seemed where we were going to end up,” he said.

“I wore this outfit on stage at the Pinkpop festival in Holland in 1980. On the way there, I broke my nose on a disco mirrorball. I had it stabilised in a surgical unit in California, then flew back to Holland. Everybody thought I was making an Adam Ant-style fashion statement with the plaster.”

“This look is that of a carefully constructed action figure. In terms of music, it’s all Brit. It’s Freddie, Bowie and the guy in Zeppelin. Theatrically, you’re looking at Spider-Man, with a little Groucho thrown in. Anybody can go to the vintage store and collect boots from the cowboy section, and mix it with motorcycle jackets and so forth, [but] this launched a generational prison break.”

“The outfit is a collection of 70s [clothes]. Van Halen were a 70s band – we may have enjoyed our success in the 80s, but virtually all of our club years and influences, musical and otherwise, are closer to a British music-hall background. The songwriting is closer to Broadway and film musicals, such as West Side Story or any of the Bob Fosse material.”

“I’ve never had a stylist, for better or worse. In the beginning, it was a budgetary constraint. As you can see, I’m wearing tactical spandex in this picture; by law, in the US, being a classic rocker I have to wear my costume underneath my street clothes at all times. I fool everybody by wearing reading glasses.”

“Aside from the pom-pom [shoes], the rest of this outfit fitted into a gum-wrapper. It took three roadies, four hours and some moral support from a groupie to get that suit on. It was like a wetsuit.”

“After the festival, I sat through Mad Max 2: The Road Warrior twice in a row at the United Artists theatre on a rainy Monday night in Pasadena. I walked out and I had an epiphany: bottomless chaps! Don’t laugh, because those chaps sold millions of dollars worth of tickets for the subsequent tour.”

“My advice for aspiring young artists is just two words: breathable fabrics. Pushing boundaries in terms of what [Van Halen] wore was never an ambition of ours, but it always seemed to be where we would end up.”