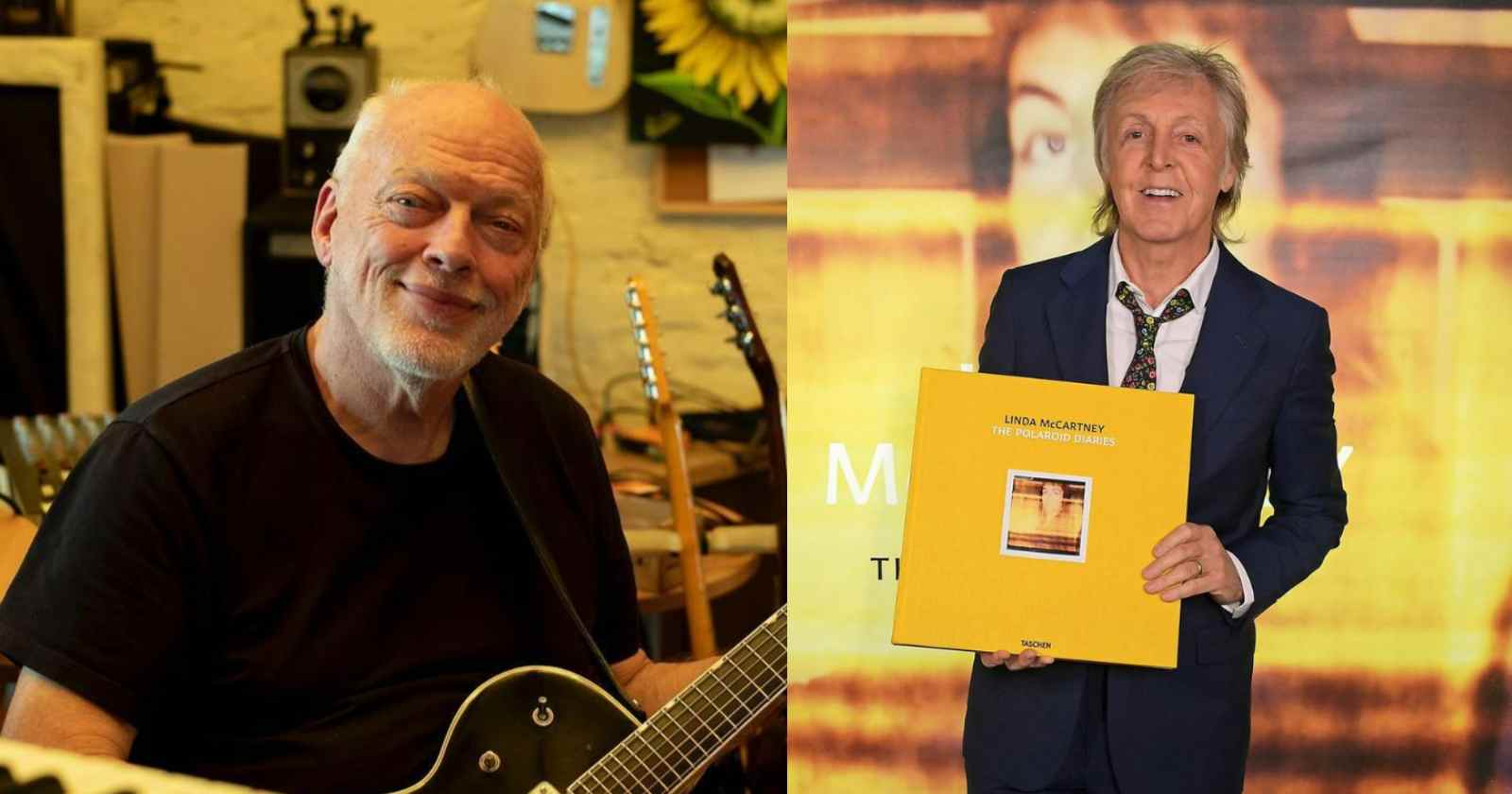 The Pink Floyd guitarist and singer David Gilmour is one of the influential musicians of all time and helped the Progressive Rock to create many classic albums like “Dark Side Of The Moon” (1973) and “The Wall” (1979). Over the decades he talked about many of his peers, including the legendary Beatles singer and basssist Paul McCartney.

What is David Gilmour’s opinion on Paul McCartney

In a conversation with French Guitarist magazine (Translated by Rock and Roll Garage) back in 2002, David Gilmour talked about other musicians and one of them was Paul McCartney. “He is a musician in the broadest sense of the word. He can play everything: bass, guitar, piano, drums … And on all these instruments, he has a very good level. We cannot therefore mystify him, he knows exactly what he wants. We owe him certain productions which were not of the greatest interest. But he definitely deserves the success and respect he enjoys,” David Gilmour said.

In an interview with  BBC Radio 2 show “Tracks Of My Years” back in 2006 (Transcribed by Rock and Roll Garage), Gilmour talked about some of his favorite songs of all time and one of them was The Beatles’ “You’ve Got To Hide Your Love Away”, written by John Lennon and Paul McCartney, released on the 1965 album “Help!”

“I was an absolute mad Beatles fan. ‘You’ve Got To Hide Your Love Away’ is I think, John Lennon‘s first moment of being influenced by Bob Dylan. It’s very much on the Bob Dylan vein. So it’s just one example of hundreds of things I could choose. Anything by The Beatles, really. Fantastic song,” David Gilmour said.

In his book “The Lyrics: 1956 to the Present” released in 2021, Paul McCartney called David Gilmour “a genius”. “David Gilmour plays the solo on the record. I’ve known him since the early days of Pink Floyd. Dave is a genius of sorts, so I was pulling out all the stops. I admired his playing so much, I’d seen him around; I think he’d just done his solo ‘About Face’ album. So I rang him up and said, ‘Would you play on this?’ It sounded like his kind of thing,” Paul McCartney said.

The two musicians had the chance to also play together live in concert over the years. In 1999, Paul McCartney made a special show at the historical Cavern Club in Liverpool and formed a special band to play with him that day. Besides David Gilmour, McCartney also had the Deep Purple drummer Ian Paice, guitarist Mick Green, keyboardist Pete Wingfield and Chris Hall playing the accordion. The set had many classic Rock songs from the 50s and 60s.

During that same year, Gilmour answered fans questions in a MSN webcast and talked about that show. “I’ve completed all the stuff that Paul has so far asked me to do with him. I don’t know if he’s doing anymore but it was really good fun to get back to that kind of music for a change. Getting to be a Beatle for that night at the Cavern was unforgettable.”

He was then asked if he saw any parallels between Pink Floyd and The Beatles, like the songwriting relationship Paul and John had. “You make that comparison with a number of different bands. I’m a huge fan of the Beatles, but I don’t know what parallels are between us except we were both pretty good at what we did.” He also cited The Beatles when answering if his kids were Pink Floyd fans: “I think they’re all fans, but possibly they prefer the Beatles.”

David Gilmour really wanted to be part of The Beatles

In an interview with Mojo Magazine back in 2016, the musician said that he really wanted to be part of The Beatles. He also recalled that the band taught him everything about music.

“I really wish I had been in the Beatles. [They] taught me how to play guitar; I learnt everything. The bass parts, the lead, the rhythm, everything. They were fantastic.”

“I’m a kid, really. You get into Studio Two at Abbey Road, you’re sitting there with Paul McCartney and your guitar is plugged in. You think that’s an ordinary day’s works, but of course, it isn’t it’s magical! Managing to persuade him to sing ‘I Saw Her Standing There’ at the Cavern, with me doing the John Lennon parts, was absolutely fantastic.”