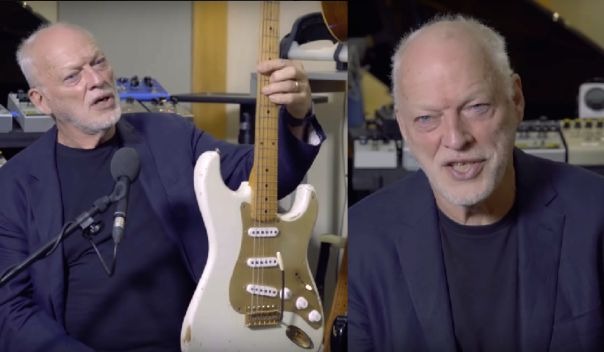 In a new video made posted on David Gilmour’s YouTube channel, the musician appears explaining the motivations for the auction and talking about some of the guitars that are in action.

In addition, he uses some of them and a guitar accompanying him for decades to play excerpts from Pink Floyd’s songs like “Another Brick In The Wall” on a white Fender that he says he used to record the base guitar of the song.

You can watch the video below and find more information about the auction, which will be preceded by an exhibition of guitars around the world:

The musician will auction about 120 guitars and the money raised will all be reverted to his charity that should allocate funds to actions that help street dwellers and people who have been removed from their homes around the world.

Among the items to be sold is the famous “Black Strat,” a Fender Stratocaster that Gilmour used to record several important Pink Floyd albums including Dark Side Of The Moon, Wish You Were Here, Animals and more.

In the announcement, David became quite calm with detachment and said that such an iconic guitar would draw more attention to the initiative and end up helping more people:

“The money I hope this arrecada sale will go to my charity and will be used to help do some kind of good in this world.”

“If we can do our little part to help those with bigger, global problems, I will be a happier person.”