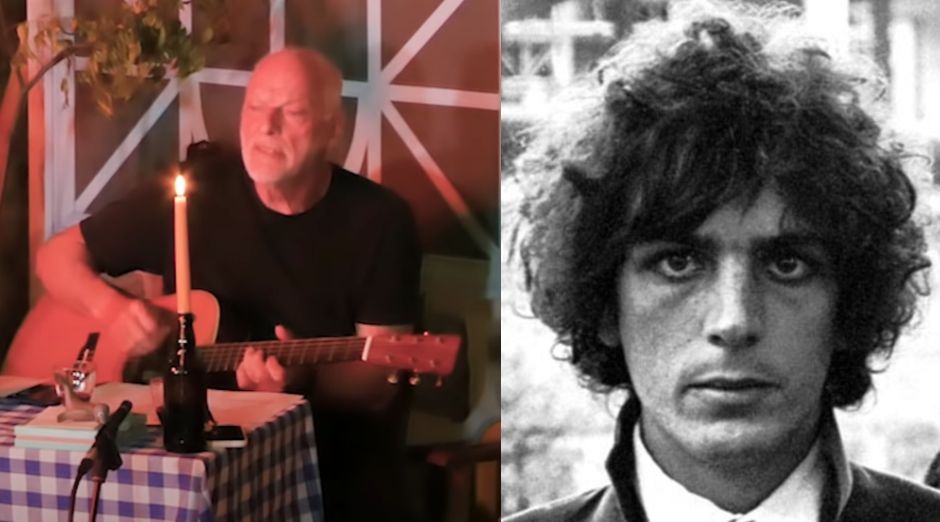 Pink Floyd vocalist and guitarist David Gilmour participated in a family live broadcast hosted by his wife, writer Polly Samson, on YouTube. This time, he presented two versions for songs by Syd Barrett, his former bandmate, who died in 2006.

The chosen songs were “Octopus”, released by Syd on his first solo album “The Madcap Laughs”, and “Dominoes”, from the second disc “Barrett”. Both works are from the year 1970. In addition to the songs, Syd Barrett was remembered by David Gilmour. The song “Octopus” is played at 17min35sec, while “Dominoes” starts at 32min50sec.

Syd Barrett, one of the founders of English rock group Pink Floyd, died at 60 after living in seclusion half his life. After suffering from diabetes for several years, Barrett died at home in Cambridge on 7 July 2006. The cause of death was pancreatic cancer.

He was cremated, with his ashes given to a family member or friend. In 2006, his home in St. Margaret’s Square, Cambridge, was put on the market and reportedly attracted considerable interest. After over 100 showings, many to fans, it was sold to a French couple who bought it. However it was because they liked the house, not because the musician.

After that, in 28 November 2006, Barrett’s other possessions were sold at an auction at Cheffins auction house in Cambridge. Raising £120,000 for charity. Among items sold were paintings, scrapbooks. In addition to everyday items that Barrett had decorated.