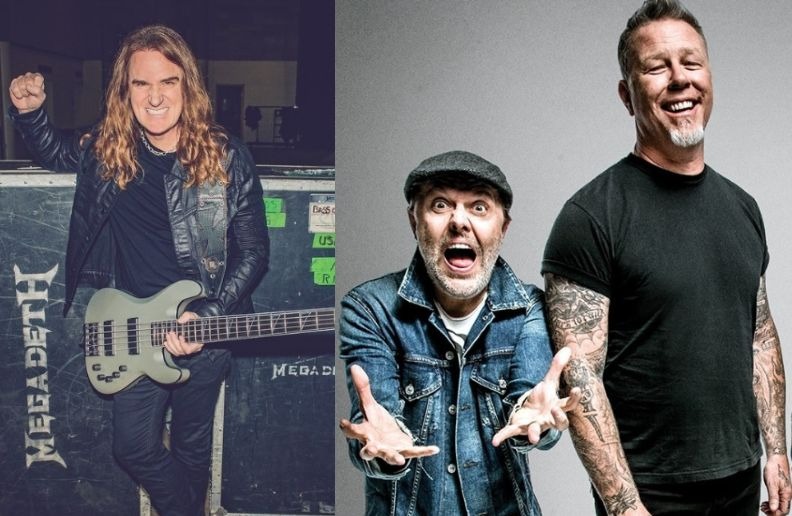 Megadeth’s bassist David Ellefson revealed that he almost joined Metallica twice in a talk with Mxdwn.

In Dave’s memoir, he describes forming Megadeth as a way to one-up Metallica after leaving the band. Do you feel like he accomplished that?

“You know, I always saw it as something different, but that’s me because I have no history to Metallica. I have only a friendship with them, quite honestly.

“For me, we were always a very different-sounding band than them. Even from the beginning, even the songs I heard Dave composing as we first started playing together.

“Those first six months to a year, the initial compositions of Megadeth that came together – which largely made up the [1985’s] ‘Killing’ and [1986’s] ‘Peace Sells’ albums – were written almost in their entirety around the same time period, and I felt like Dave’s guitar playing was going to another level.

“He and I were forming a new sound and style together. As I heard the things Cliff [Burton] was doing in Metallica, I didn’t feel like my bass playing followed that path at all.

“He studied classical, I had studied jazz, so I kinda had a different approach to the bass, but I think our fans loved both of us. [Laughs] It was this era where bass playing in heavy metal was very aggressive and out-front. That was a big part of our early compositions, and that has stayed true for the entire course of our catalog.”

Back in the day, you two met by chance as neighbors, and you’ve been making music together ever since. Can you talk about how your relationship has been over the years?

Mustaine: “It’s pretty good – we’ve had our ups and downs like anyone else. He’s a solid bass player, he’s been an ambassador to the band. People like him, and it’s a good thing when you have somebody that people like.”

Ellefson: “Yeah! I had just moved to LA to get into a band or form a band exactly like what happened. So I moved in and ended up in an apartment right underneath Dave.

“So the good Lord had some kind of divine plan in mind [laughs] because why would I drive all the way from Jackson, Minnesota – halfway across the country – to Hollywood blindly and end up meeting Dave who was also looking to start something new?

“I mean, the two of us couldn’t have had a better heavy metal collision than what happened.”