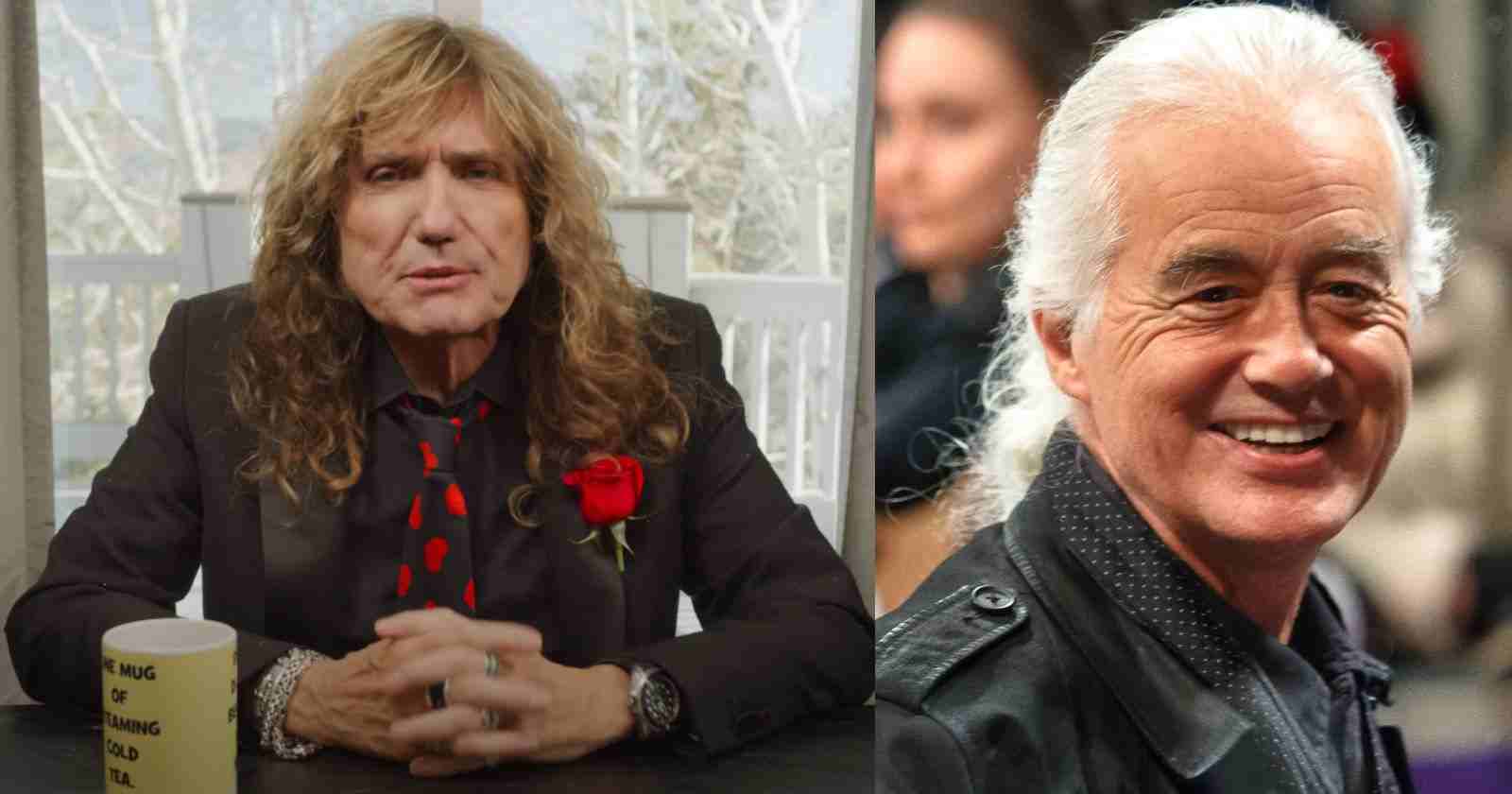 From 1991 to 1993, singer David Coverdale (Deep Purple, Whitesnake) and Jimmy Page (Led Zeppelin, The Firm) created the duo Coverdale/Page releasing a self-titled album in 1993. Now, in an interview with Eddie Trunk, David Coverdale revealed that there are plans to reissue the album with a special box-set that will have a new mix, unreleased songs and can also have new music.

“Well, I’ve gotta tell you, there’s been immense progress. I finally reached a very positive agreement with my former record company regarding missing assets. And I got the rights to the Coverdale/Page album. So, of course, my first phone call was to Jimmy, and I said, ‘We’ve got it. We’ve got it back, and we can do with it what we want.’ And, of course, Jimmy is in lockdown in the U.K., where it’s really very heavy duty [with the pandemic].”

“So he’s in his country estate… I literally just texted Jimmy two days ago, and I said, ‘Jimmy, I’m so sorry I haven’t been in touch.’ But we’re resuming contact starting next week to discuss. I’ve got a couple of ideas. I wanna see if we can write courtesy of FaceTime or Zoom. I’ve got a couple of ideas which I think would be good for if indeed we can get back into the studio and plan for a very big, luxurious, complete box set [for] the 30th anniversary in 2023.”

“We’ve got four unreleased tracks, which just need to be mixed. But since we reconnected, I’ve been messing around, writing at home. I have two ideas which could make really fun tracks. Just to throw at him and ‘see what you can do with this.’ The way we did it before. We wrote really very potent music together.”

“The other thing that I recommended to him was, ‘Let’s remaster the original, but I’d love you, in England, with a mixer of your choice, to do the Jimmy Page mix of the album, and I’ll do the David Coverdale mix as bonus stuff,'” he continued. “And I think that’d be great. He trusts me, I trust him, and I think it would be great for the fans to get Jimmy’s take on it. ‘Cause we did everything 50/50 on the project. It was an amazing three years together. I loved it. So, yeah, that’s definitely in the pipeline.”

“At this moment in time, at his country estate, I don’t think [Jimmy] has a studio. And he certainly doesn’t wanna drive into London. He and I are target ages for this dreadful virus. So I completely support him in that scenario, ’cause there isn’t any rush. Nothing is gonna be going on this year.”

“Even if we have the opportunity of recording, I can record stuff over here, send him the drive for him to do his part. We can mix it through the technology now, which is something you couldn’t do before. But I have a studio at home, and Jimmy doesn’t. So I’m hoping we can get some new bits and pieces and ideas and put that into play next year when it will be safer to get around.”