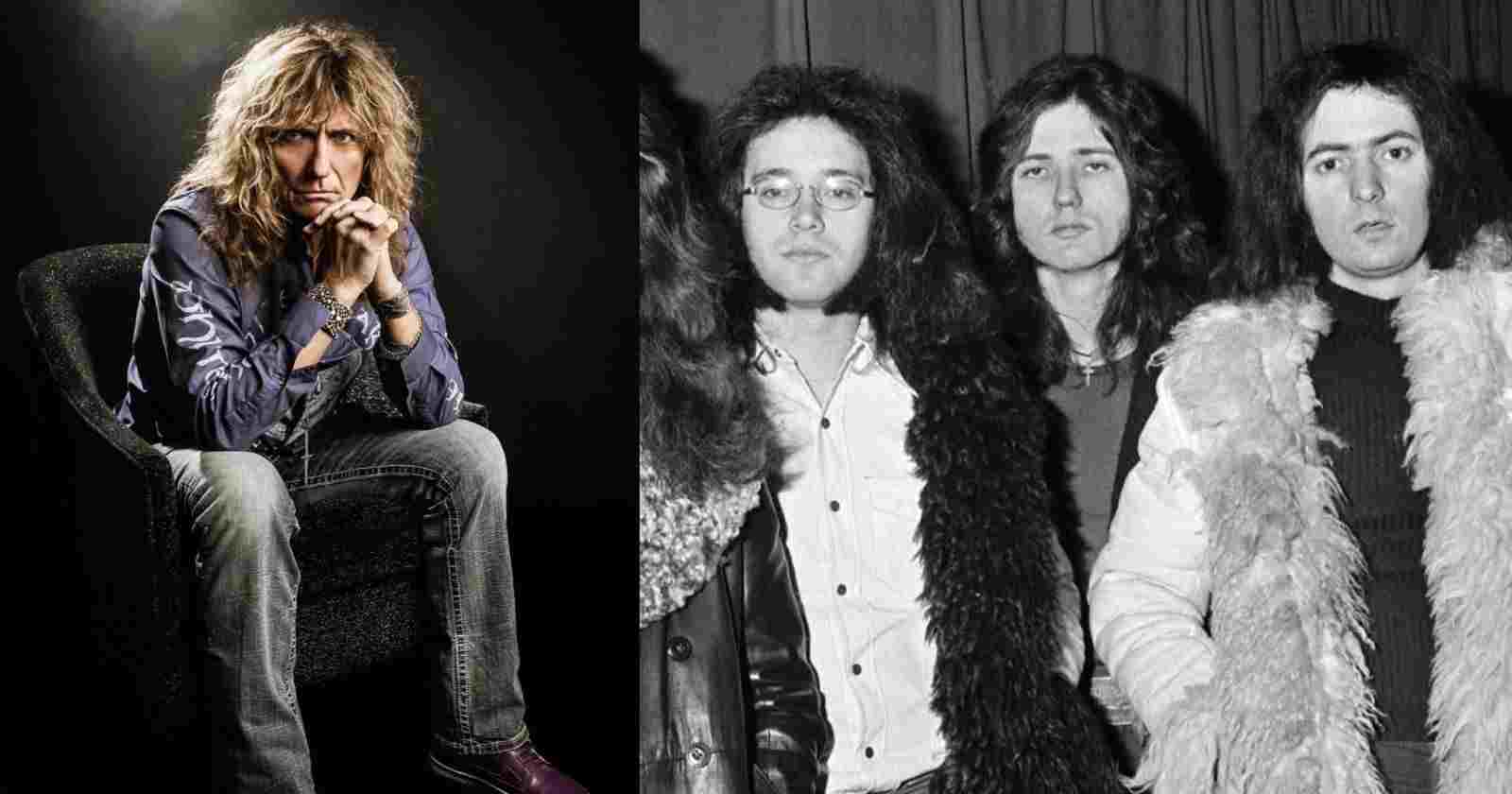 Whitesnake leader David Coverdale recalled in an interview with Joe Bonamassa the unusual way he decided to audition to Deep Purple when he was working at a boutique in the 70’s when Ian Gillan left the band and they were looking for another singer.

David Coverdale recalls the way he decided to audition to Deep Purple:

“No. I left art college, I wasn’t on the ground from the government, my father was unemployed, it was a blight in north England, factories and mines were all closing. My mum was doing a bunch of work and I’m bringing nothing here.

“So I needed a job where I’d keep my hair long. A friend of mine offered a job in a boutique, so I worked there for a couple of months, found out that I was a really good singing salesman. And during the quiet times, I’d sit there and open the Melody Maker, and I came upon a picture of Jon Lord, almost like the Monty Python one, no headline, just said, ‘Deep Purple still haven’t found their singer, and are considering unknowns.’

“I closed it, put it down, locked the shop, walked to the public phone box, called the local manager of the Red Car Jazz club, and he booked Deep Purple. I said, ‘I’m going after the job that you…’ When he caught his breath and picked the phone up, he called me back at six, and I had to supply… I think I was the only one there that auditioned. Absolutely crazy.”

In the same interview, Coverdale gave his opinion on Bob Dylan and Tom Waits:

“I never watch them so I don’t know. They certainly passed the audition with me. I fucking adore Dylan and Tom. One of the first vocals, the original ‘Here I Go Again’ I did with Bernie [Marsden, guitar], was, ‘Listening to Tom Waits on the old gramophone.’

“Just making words, I only had a part of the song written. I think Tom Waits is amazing. There are certain records that I can’t play at home because my wife can’t embrace the aspect of country blues. I think that stuff is gorgeous, so when she’s off shopping, that’s what is on!”