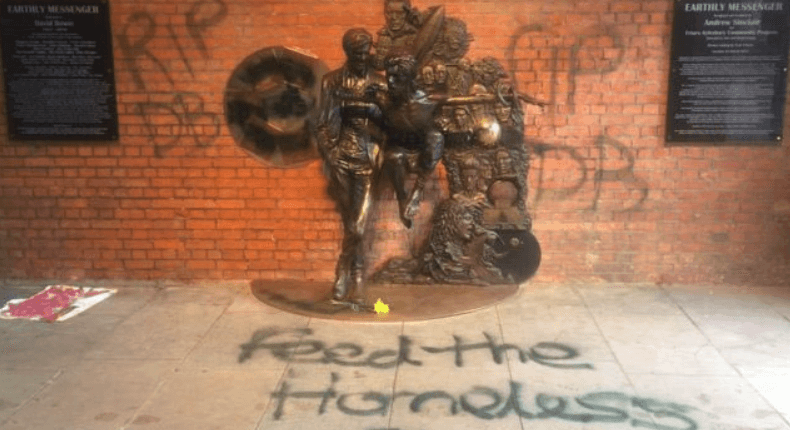 The David Bowie statue opened in Buckinghamshire, UK, last Sunday at Aylesbury Market Square, near where Bowie first introduced his character Ziggy Stardust in the 1970s.

But less than 48 hours after being shown to the public the statue dawned sprinkled with some inscriptions, including the following: “Feed the homeless first.”

The statue cost promoter David Stopps 100,000 pounds, achieved through a crowdfunding campaign. There was no public money involved.

Some Dickheads about. Bowie statue vandalised within 48 hours of unveiling pic.twitter.com/u4gBpwSo0M