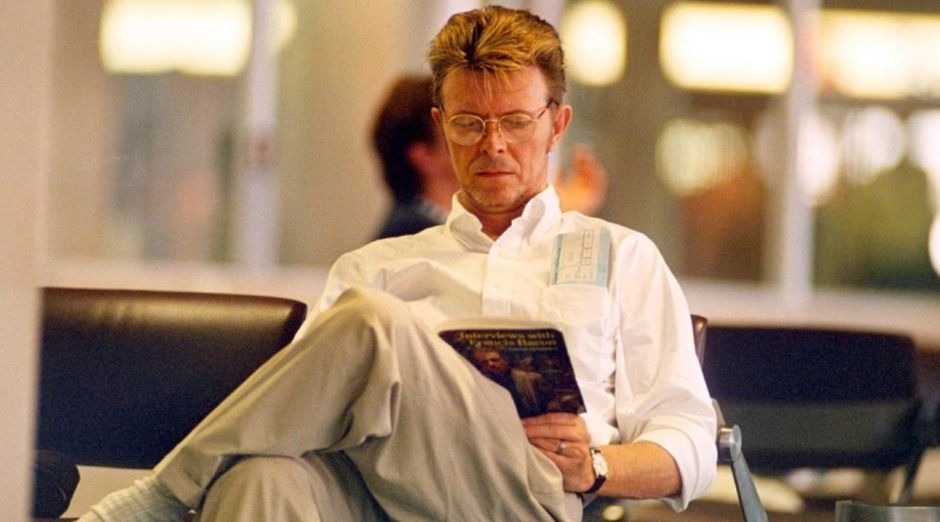 David Bowie was a complete artist. Besides being a musician, he was involved in fashion and was also an actor in several movies. He also loved to read and an exhibition that explores his life and career called “David Bowie Is” has the list of his 100 favorite books of all time.

His favorite book was “Interviews With Francis Bacon by David Sylvester“. The work gathers nine interviews with Francis Bacon from 1962 to 1986. Which give invaluable insight into the creative mind of one of the twentieth century’s greatest artists.

It discuss the problems of making art and it has also been seen as the most revealing portrait that exists of one of the most singular artistic personalities of our time.

David Bowie and his 100 favorite books of all time:

He advised creative people in the documentary Inspirations, saying:

“Never try to please everyone. I believe that you don’t learn that until you pass the time, but never work for other people in what you do. Always remember that the reason for starting work was that there was something inside you that, if you could manifest it in some way, you would learn more about yourself and about coexistence with the rest of society. It is terribly dangerous for an artist to meet other people’s expectations. It is when people produce the worst job,” David Bowie said.