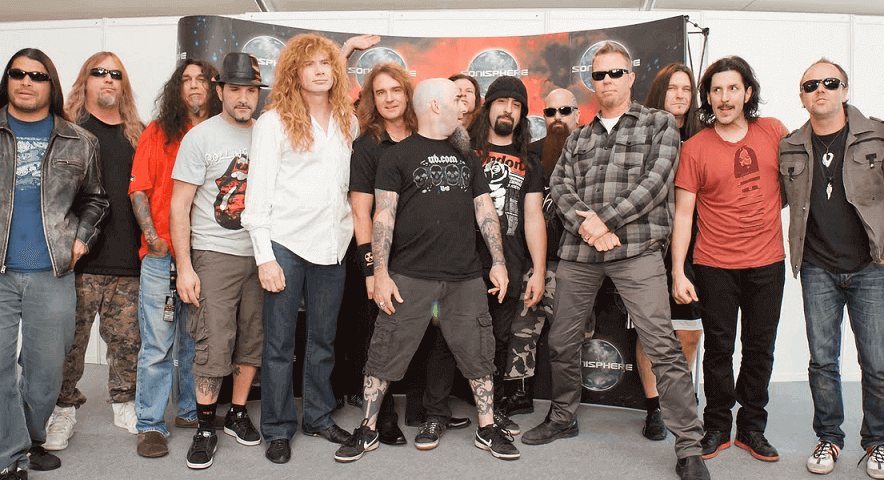 Slayer announced his farewell to the stages, after 37 years of his career. The tour will be alongside Lamb Of God, Anthrax, Testament and Behemoth and the dates will be announced shortly. Dave Mustaine, lead singer and guitarist for Megadeth, said on Twitter that “I expect at least one more Big 4 show before the final Slayer tour. It just would not be correct. Anyone else with me? ”

The Big 4 is comprised of Megadeth, Metallica, Slayer and Anthrax and performed together between 2009 and 2010. The concert in Bulgaria resulted in the DVD The Big 4 – Live From Sofia.

In an unexpected statement, Slayer announced the 2018 tour as the last of the band. Dates and locations have not yet been announced although the statement refers to a “World Tour”. The ad video features a compilation that runs through the entire career of the legendary American band that started activities in 1981.

Tom Araya, gave a statement in 2016 that indicated the end of the band might be approaching: “After 35 years, it’s time to collect my retirement.”

Back In Time: The Kinks performs “You Really Got Me” in the 80’s
Dream Theater’s John Petrucci says what he thinks about Steve Vai
To Top