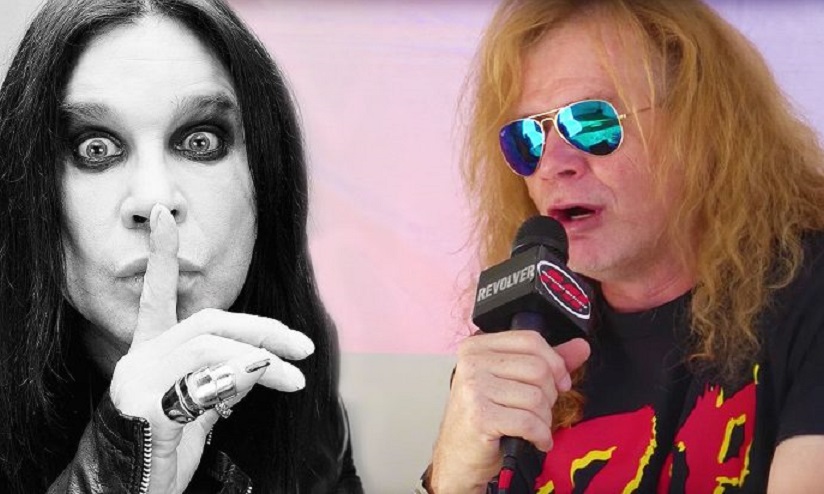 Dave Mustaine talked with Blabbermouth about Ozzy Osbourne and KISS’ retirement. Megadeth will be with Ozzy on his final tour.

“KISS is one of those bands that we love, because they say they’re gonna go away and they don’t. I love the band.

“I know that they’ve broken up, they’ve gone away, they’ve retired probably as many times as Ozzy said ‘No More Tours.’ I think there’s a ‘No More Tours 10’ coming up or something like that.

“But I don’t want them to stop playing; I never want Ozzy to stop playing. I’m a music fan. The thought of Ozzy not playing music, to me, is incomprehensible. When I see my peers and my contemporaries, my friends, the guys that are in my world, I don’t think of them doing anything but playing music…

“I kind of look at it like this: There are people in the music world that I think probably should hang it up. But it’s not for me to say. And I would hate for someone to tell me, ‘Dave, you’re too old,’ or, ‘You shouldn’t be doing this anymore.’

“I think that that’s a pretty mean thing to say to somebody. But I, myself, I’ll know when I can’t do it. If it gets too hard to sing and play at the same time, I won’t do it anymore.

“I’ve already had to have my neck put back together from headbanging, so I don’t really know how much more the old skeleton can take. But until then, I’m gonna keep doing my job every day and I’m gonna do it as best as I can.”