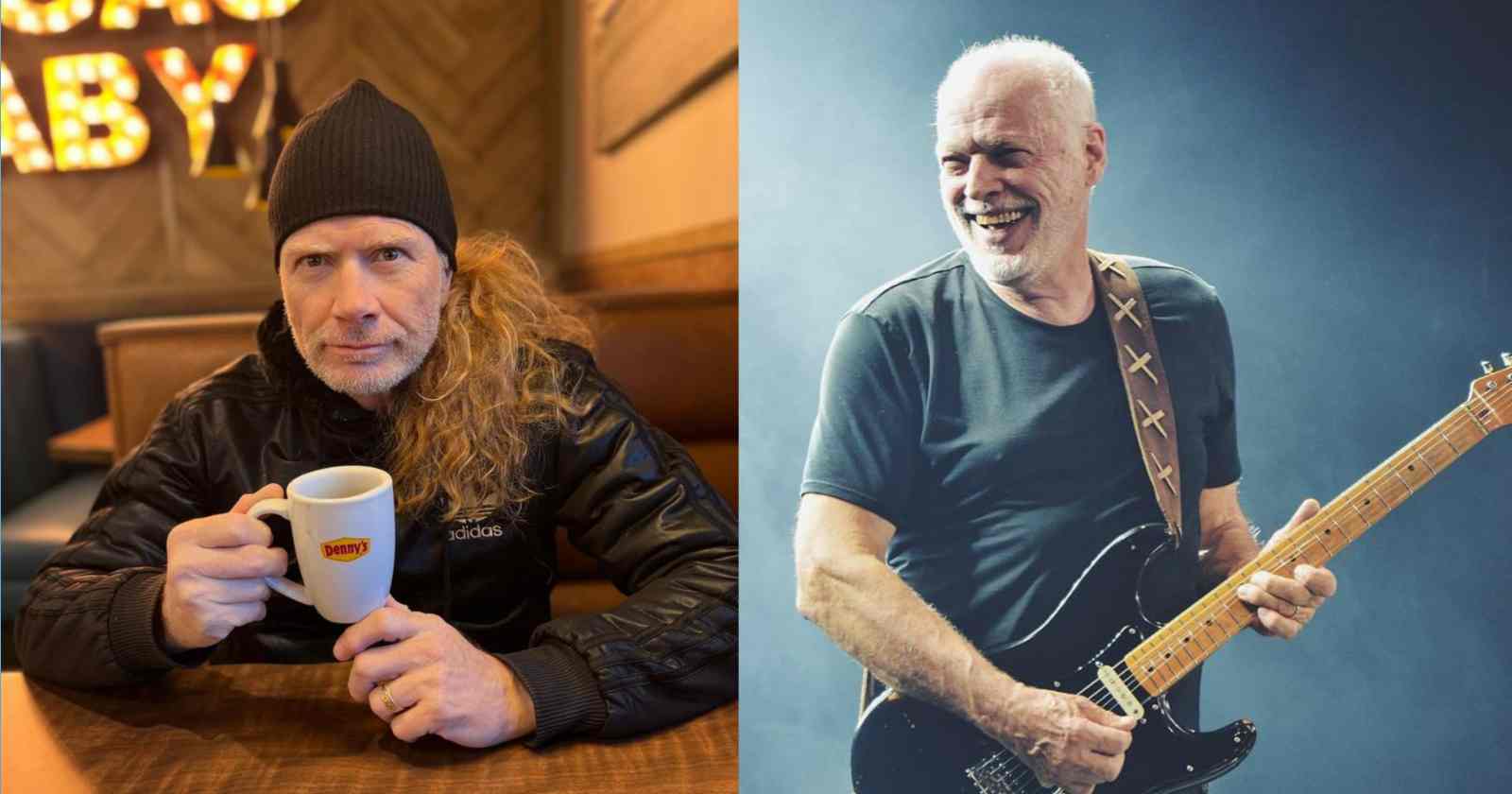 Born in La Mesa, California back in 1961, Dave Mustaine is one of the godfathers of Thrash Metal music, being part of the early days of Metallica and then founding his own band Megadeth, that became one of the music influential from the music genre. Even though the musician plays heavy music he has a broad musical taste and already gave his opinion on many other famous bands and one of them was Pink Floyd.

Dave Mustaine not only likes Pink Floyd and David Gilmour, he even said that the British guitarist has the greatest guitar tone one of all time. He said during a conversation with Total Guitar back in 2019: “If someone could go up and get a big fat scoop of what heaven tastes like, that’s David Gilmour’s playing right there. I can’t put it any other way; it just feels so otherworldly. He can take one note and turn it into an experience. You’re not listening, you’re experiencing his solos. Pink Floyd were always different, for their tones, solos and note choices.”

In the same interview he said that there a lot of guitar riffs he wishes to have written. According to him one of them could “Money” from Pink Floyd’s 1973 album “The Dark Side Of The Moon”. “Again there are tons. Like all the clever ones Pink Floyd were coming out with. Which are worth their weight in gold. ‘Money’ is great. Crazy and hard to keep track of. But you could go up to anyone and sing them that melody and they’ll know it!” Dave Mustaine said. He also stated talking wit Premier Guitar in 2016 that he thinks that David Gilmour can do more with one note than most of the guitar shredders can with many notes.

Curiously, Megadeth once recorded at a studio in David Gilmour’s house. That happened between 2006 and 2007 when they group was recording the album “United Abominations” (2007) at SARM Hook End Studios in the United Kingdom. He recalled that experience in a conversation with Edmonton Journal in 2008.

“There wasn’t a magical vibe it wasn’t like I went in there and started writing ‘Money’ or something like that. I think even more significant was the fact that I’d rented John Bonham‘s drum kit for Shawn (Drover) to play on. Yeah, it’s great to be in David Gilmour’s house. But, my God, we had John Bonham’s drum kit. That’s massive,” Dave Mustaine said.

When asked by Metal Hammer in 2022 to pick his favorite artwork in history, Mustaine chose the classic Pink Floyd album “Wish You Were Here” (1975). “That’s real easy. I’d have to say Pink Floyd’s Wish You Were Here, with the dudes shaking hands and the guy is lit on fire. Storm Thorgersen is an amazing artist. So much so that we used a guy named Hugh Syme, who was a protégé of his, for “Countdown To Extinction” and “Youthanasia”,” Dave Mustaine said.

The Megadeth albums mentioned by Mustaine are two of the most successful albums of his band. They had hits like “Symphony of Destruction”, “Sweating Bullets”, “Countdown to Extinction”, “A Tout le Monde” and “Train of Consequences”.

In an interview with Reverb back in 2019 (Transcribed by Rock and Roll Garage) he answered some funny questions and one of them was: which album he would play if he had just colonized the moon. The musician chose Pink Floyd’s “Dark Side Of The Moon” and recalled that it was the first album that he listened to from beginning to end on headphones.

“Pink Floyd, of course. ‘Dark Side Of The Moon’. (It was) the first record I’ve listened from beginning to end on headphones. I had gotten digital headphones for the first time. Those little Sony’s. To me the heavens had opened and the angels were like (singing). Because you know, you are listening to that record and the production on that is just mind-blowing,” Dave Mustaine said.

Pink Floyd was inducted into the Rock and Roll Hall Of Fame in 1996 by Billy Corgan from Smashing Pumpkins. They are one of the best-selling bands of all time with more than 250 million records sold worldei.