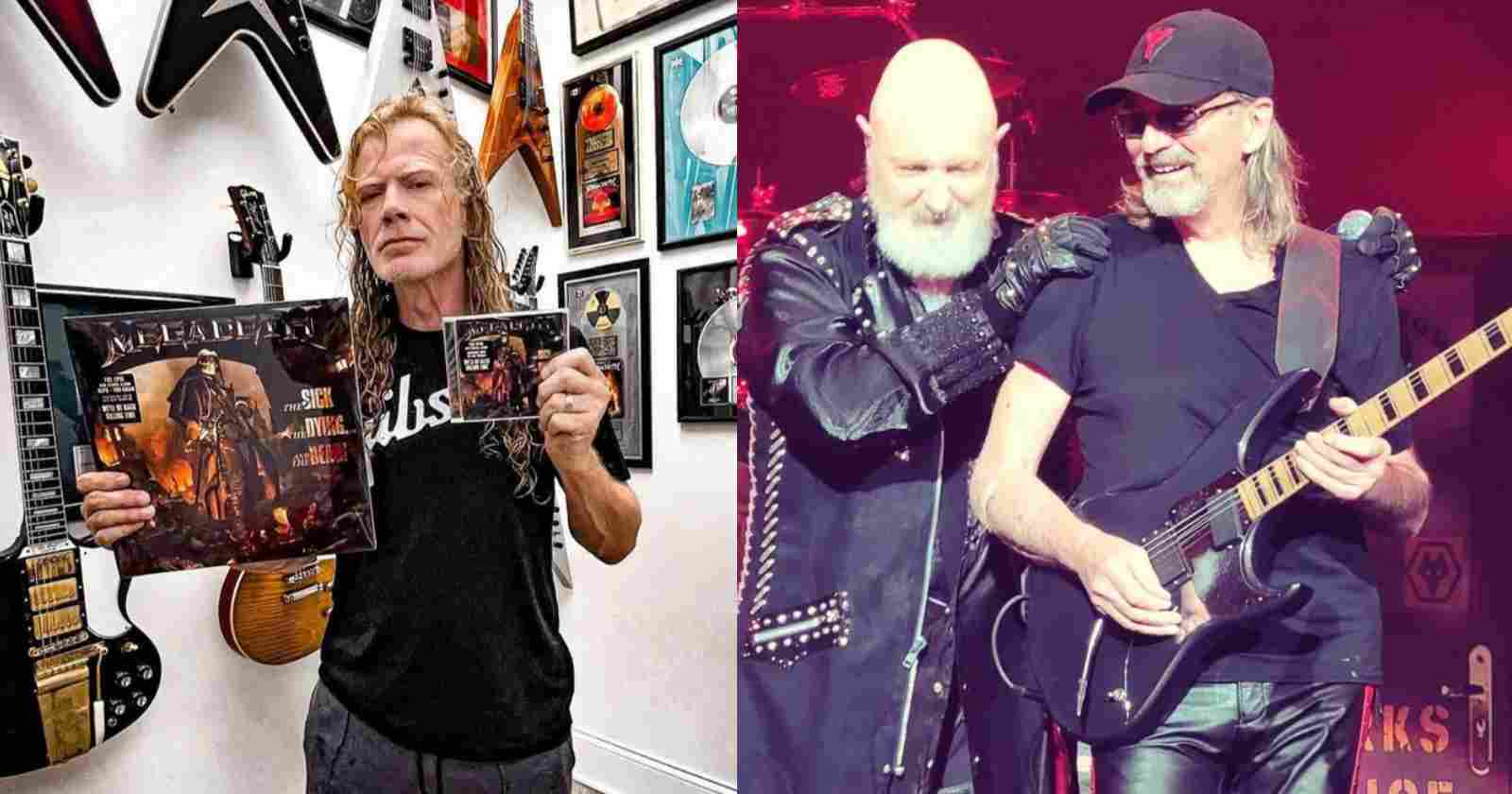 The Megadeth vocalist and guitarist Dave Mustaine chose in an interview with BBC Radio’s Johnnie Walker (Transcribed by Rock and Roll Garage), the Judas Priest guitarist Glenn Tipton as his Rock God and explained why. He also revealed that Megadeth recently covered Priest’s classic song “Delivering The Goods” for an upcoming Amazon project.

One of the most important members from Judas Priest, Glenn Tipton is a member of the group since 1974 and was part of all their albums. During the past years he doesn’t tour with the band due to Parkinson’s disease but ocasionally appears at some shows and still is part of their studio records.

Dave Mustaine explains why he chose Glenn Tipton as his Rock God:

“I had no idea how much Glenn Tipton and Judas Priest had influenced me my guitar playing until I recently covered ‘Delivering The Goods’ with my band Megadeth. (I) got to go over all those guitar riffs again. It was really revealing to me how much Glenn’s playing had influenced me. Where did I first heard about Judas Priest? I can’t remember exactly. I think it was my brother in law’s little brother. But I did get my own copy of ‘Sad Wings Of Destiny’.”

“I remember when I was living with my mom. We moved in with my middle sister, I have three older sisters. She was married to a police officer that was the chief of police in city called Stanton in California in the United States. He walked into his house and heard Priest blaring in the bedroom I was sharing with their son. That was the first time I ever stood up for Metal. When he stomped out you know what I did? I put the record back on!” Dave Mustaine said.

Born in Blackheath, England back in 1947, Glenn Tipton was a crucial part of Judas Priest’s sound alongside the band’s ex-guitarist K.K Downing. Their riffs, solos and harmonies were an important of their music. Formed in Birmingham in 1969 the band have sold more than 50 million records worldwide and continues to influence countless Metal bands.