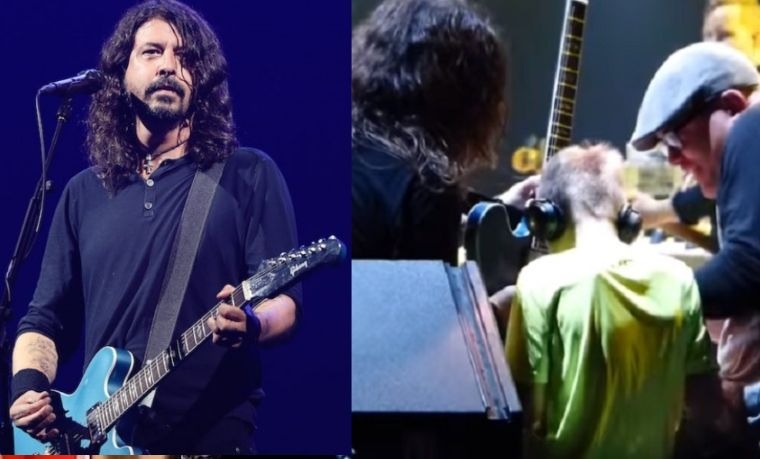 Last Thursday, Foo Fighters played in St. Paul, United States, on one of the last concerts of Concrete And Gold’s tour of North America. The highlight, however, was the fact that Dave Grohl realized that a young blind fan was there glued to the grid to see the show, and invited him along with his parents to take the stage and enjoy the rest of the presentation next to the group .

In addition to the boy having a unique experience next to Foo Fighters, Dave Grohl also came close to him with the guitar for him to play, and you can see all that in the videos below (3 minute mark in the first video).

Dave stops song when he spots an exhausted child in the front with his dad and he offers them a seat on the stage. #FooFighters #MyXEC @foofighters pic.twitter.com/QMMw10MOSG

In the publication of the site Consequence of Sound on Facebook, the boy’s mother left a comment talking about the occasion and confirmed that he really is blind:

“Hello! Thank you for sharing this. I’m Owen’s mother. Owen is really blind, and also suffers with Autism, Crohn’s Disease and developmental disabilities. Owen loves the shows a lot. He definitely was not tired, he likes to be held in front of most of the shows and we take turns holding him so he could dance. Dave Grohl and all the staff were incredibly friendly with our family.”