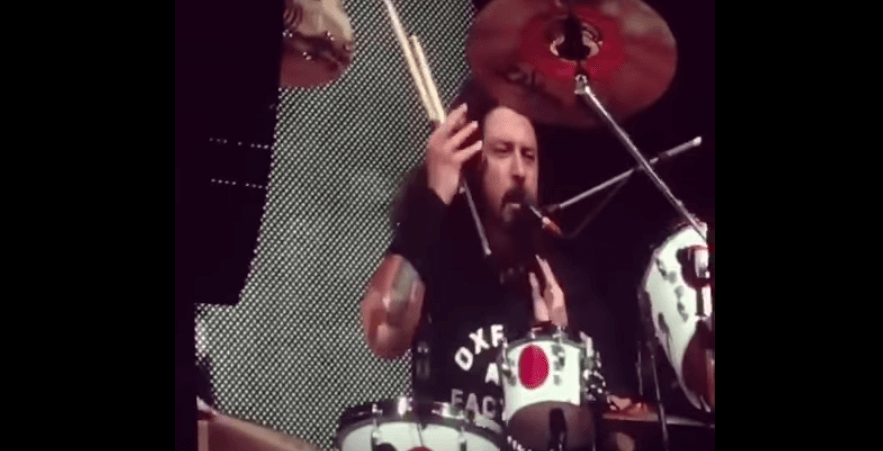 Foo Fighters is completing a tour in Australia and New Zealand at the moment.

And during one of the band’s recent gigs in Oceania, Dave Grohl eluded fans a little with their trademark drum line: the introduction of “Smells Like Teen Spirit.”

It all started with a conversation before the band performed Queen’s classic “Under Pressure” when Taylor Hawkins said the audience probably knew Dave thanks to another band, Scream. Dave replied saying “no, they do not know”, and Taylor returned with “what was the first line of your battery I heard?”

After the brief performance of the introduction, greeted with excited shouts from the audience, Taylor completed with “and that’s the reason we’re all here today.” Dave still toyed with playing “Down Under” by the Australian band Men At Work, saying it was the reason they were there today.

Former Nirvana drummer and Foo Fighters leader also recently recorded a short film on the VisitSeattle.tv channel where he talked about his first experience with Kurt and Krist when he arrived in town.

I got to this Nirvana show, there were 1,200 people, and maybe 15 of them looked like punks. The rest were these children who lived in trailers with long, oily hair, wearing clothes they should have bought at Frey Myers or at the Salvation Army. They were flannel shirts, and I still dress like the kids I saw at that show that night.

It already looked like a kind of movement, but it was not intentional. These people had only met, or were drawn to this thing because it sounded like they felt inside. The energy was unlike anything I had ever seen. This was my first day in Seattle.

I went out and got drunk with the Nirvana guys, it was a lot of fun. I thought that if I did not become their drummer, at least I had a good story to tell. I think this was the first time I had octopus barbecue too, which was weird.