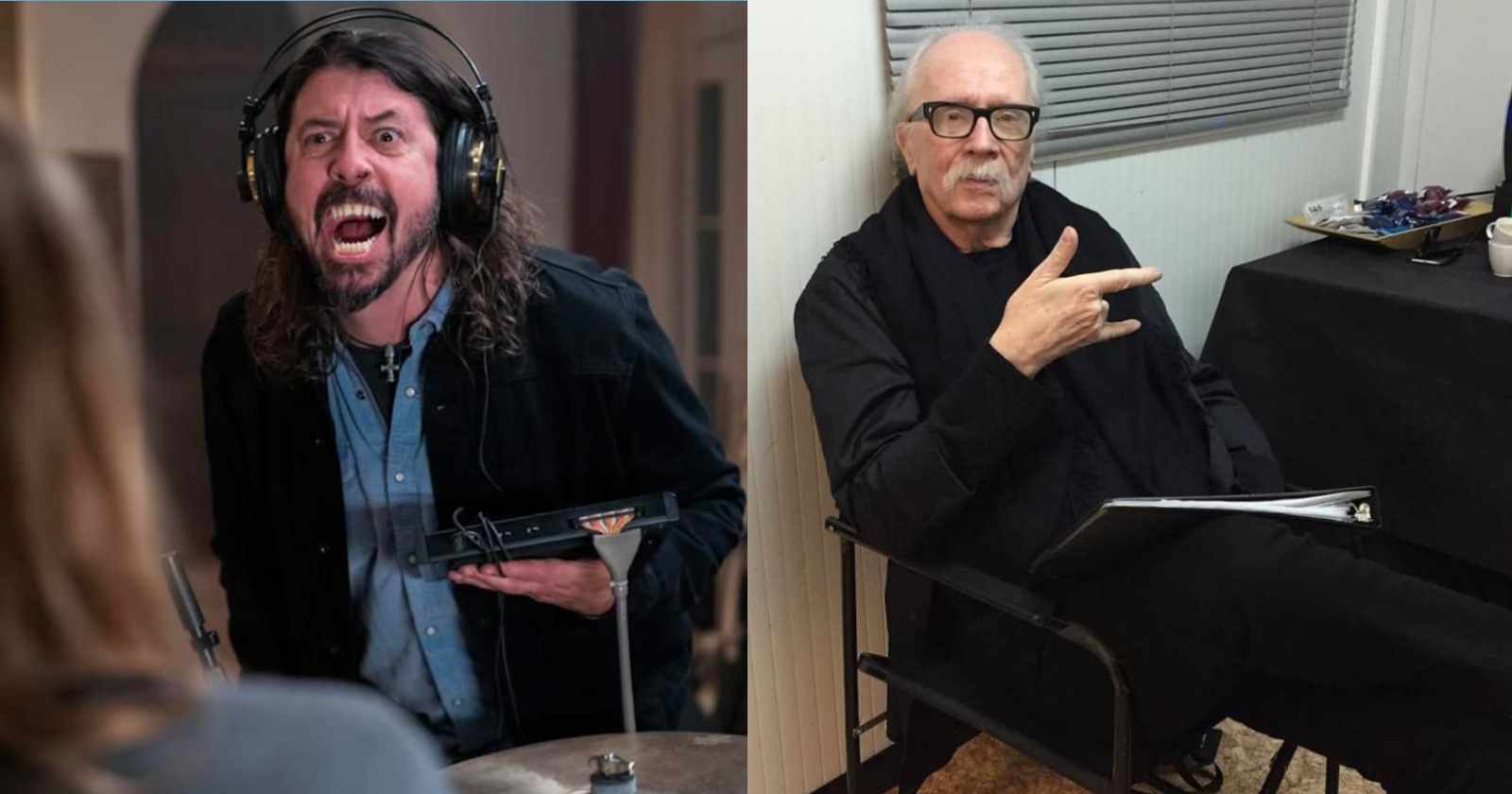 Images from "Studio 666" and John Carpenter

Foo Fighters guitarist and singer Dave Grohl revealed in an interview with Rolling Stone that the legendary director John Carpenter, known for movies like “Halloween” (1978), “The Thing” (1982), “Escape From New York” (1981) and “The Live” (1988) not only will do a cameo in the upcoming horror movie of the band “Studio 666“, he also wrote the score for the fim. The musician said that this happened after a conversation he had with Daniel Davies (The son of The Kinks guitarist Dave Davies) who is Carpenter’s godson and was raised by him.

“Oh, my God, this is fucking amazing. I almost forgot. This is crazy. So our lighting guy, Dan [Hadley], went out on tour with John Carpenter, and Daniel Davies, the son of the Kinks’ Dave Davies, is also in John’s band. But John raised him. So Dan [Hadley] said, “Oh, my God, you know what?”

“’You should email John Carpenter and see if he’ll do a cameo.’ I’m like, ‘There’s no fucking way John Carpenter is going to do a cameo in this film.’ So I email, ‘Hi, my name’s Dave. I’m in a band called Foo Fighters and we’re making a horror film. We’d love for you to make a cameo.'”

“John Carpenter emails back and says, ‘Hi Dave, you took my son [Daniel]’s band on tour with you 15 years ago and treated them really well. So not only will I be in your movie, I’ll also write the theme song’.”

Grohl also revealed that everything they said in interviews last year about the house they recorded their recent album “Medicine At Midnight” (2021) being haunted was a lie. According to him, the idea was to throw those ghost stories in the press and then suddenly release the movie out of nowhere.

The musician also said that he had no idea who were some famous actors that are in the movie, because he doesn’t watch TV for ages already. “There was an [actor] named Jimmi (Simpson) who was actually brought on in case we had any questions or in case we needed someone to tell us how to be the Foo Fighters. I don’t watch movies or TV. Like (Studio 666 cast member) Leslie Grossman. I’ve never seen American Horror Story. I have no fucking clue. I just think that they’re someone’s friend.”