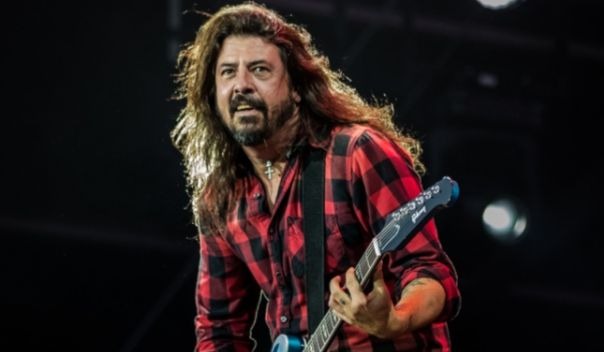 Foo Fighters frontman Dave Grohl was recently interviewed by Bon Appétit and revealed why he took aspirin pills for chest pains that were in his wallet before making a White House show on American Independence Day – during the first year presidency of Barack Obama.

Grohl had heard that if you took aspirin when you sensed a heart attack, it could save your life, since he had severe chest pains at the time he had aspirins on the wallet.

Then he finally discovered that the pain he felt was that he was drinking too much coffee.

Journalist: Well, explain this to me.

Journalist: How and when did this happen?

Grohl: It really happened a little before Foo Fighters was going to perform at the White House on July 4.

Grohl: That was Barack Obama’s first year in office and Foo Fighters was invited to play on the South lawn of the White House on July 4. In the mid-1980s, punk rock bands performed at the Lincoln Memorial on July 4 against the presidency, and here I am, 30 years later, playing in the White House for the first African-American president.

My daughters and my mother were at the show and I found myself thinking that it meant a full circle taking place. About 02 days before we went to the White House, I started having chest pains.

Grohl: I thought, like, “Damn, I’m dying.” So I put some Bayer aspirin in my wallet.

Journalist: Why did you read about aspirin related to heart attack?

Grohl: If I had a heart attack, I could put an aspirin under my tongue and it would be okay. So i put Bayer aspirin in my wallet and went to the White House with pain in my chest.

Journalist: But have you ever thought about your coffee consumption?

Grohl: I imagined it had something to do with it, stress or lack of sleep.

Watch a video from the presentation below: