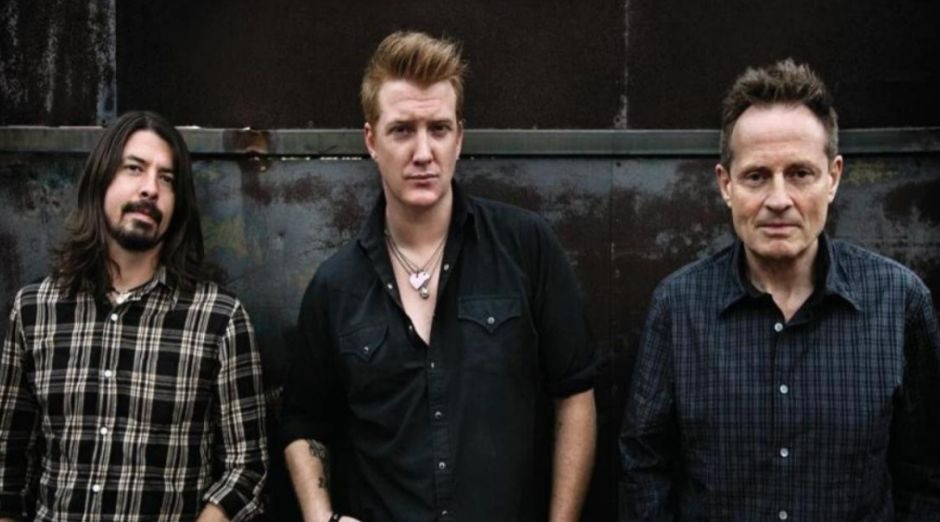 Dave Grohl revealed during an interview with The Guardian that the supergroup formed by Josh Homme (Queens of the Stone Age) and John Paul Jones (Led Zeppelin) is always producing something.

“Technically, we are still a band. We rehearse once every decade, and we are entering another decade, aren’t we? I have no official news, but there is always something going on.”

Grohl also said that Homme is “one of my best friends.” Speaking about John Paul Jones he said: “There are times when you are relaxed sitting on a couch and you don’t even think about your time with Led Zeppelin. Then you start playing and you immediately remember that you are a beginner in music compared to him.”

Them Crooked Vultures is a rock supergroup formed in Los Angeles in 2009 by John Paul Jones (former member of Led Zeppelin) on bass and keyboards, Dave Grohl (of Foo Fighters and formerly of Nirvana) on drums and backing vocals, and Josh Homme (of Queens of the Stone Age, Eagles of Death Metal and formerly of Kyuss) on guitar and vocals.

The group also includes guitarist Alain Johannes during live performances. The band began recording in February 2009, and performed their first gig on August 9, 2009, in Chicago, followed by a European debut on August 19.

On October 1 the group embarked on a worldwide tour titled Deserve the Future with dates going into 2010. The band’s first single “New Fang” was released in October 2009, followed by the group’s self-titled debut album the following month, debuting at number 12 on the Billboard 200. The group won the 2011 Grammy Award for Best Hard Rock Performance for “New Fang”.