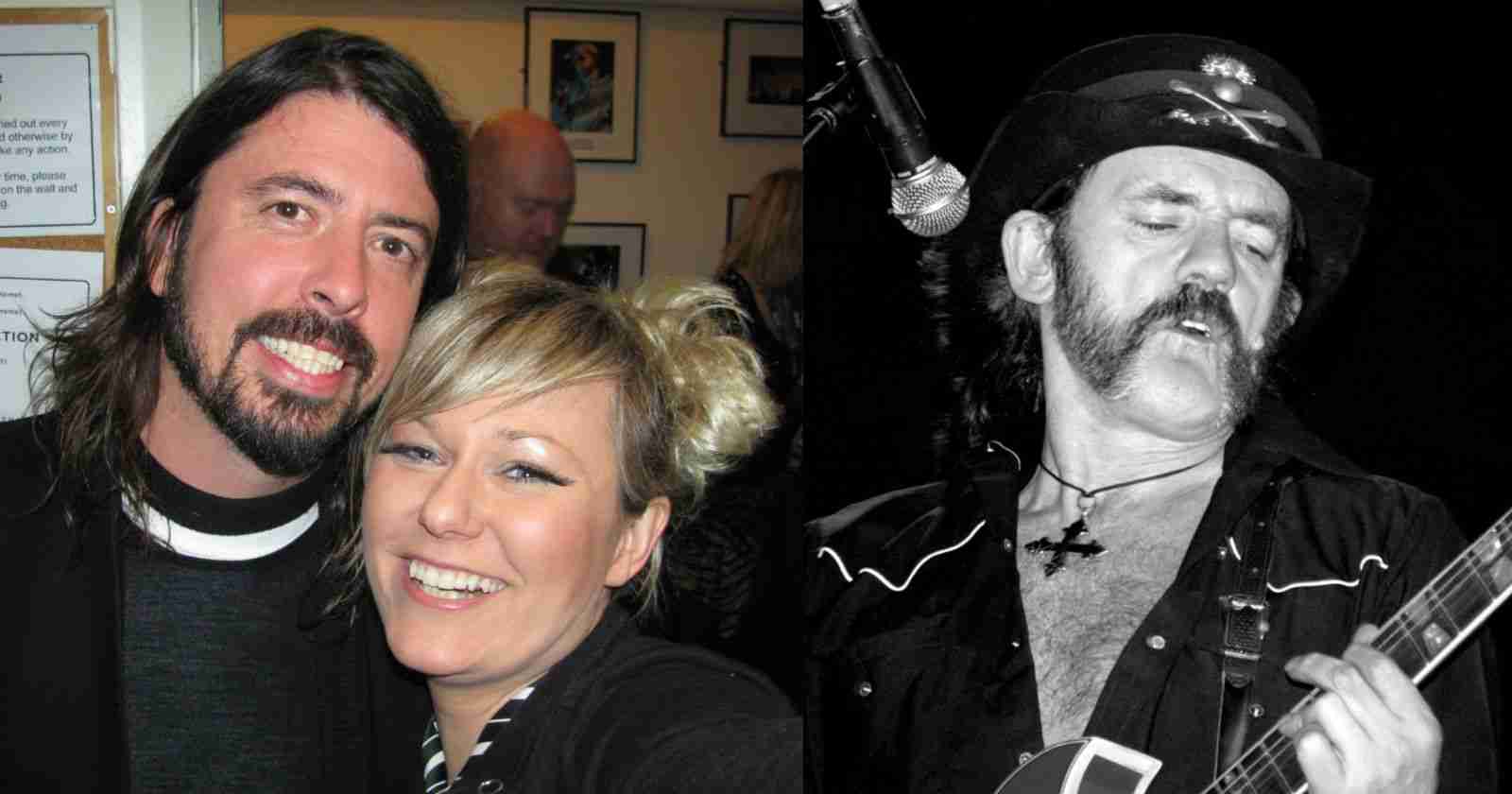 During the last decades of his life, Motörhead leader Lemmy Kilmister live in an small apartment in Los Angeles near the Rainbow Bar & Grill, his favorite place in the city. In an interview with Classic Rock magazine, Foo Fighters guitarist and singer Dave Grohl recalled when he visited Lemmy and the details of the apartment.

“I was shocked at how fucking disgusting it was. These aisles of magazines and VHS tapes, stacked three to four feet high. Lemmy sitting on the couch, in his black bikini underwear with a spiderweb on them, after just dyeing his hair black. Doing a phone interview, with a videogame on pause on the television.”

After his interview was over, Lemmy asked if Dave would like to drink Jack Daniel’: “It was fucking 11:15 in the morning. I said, ‘Sure’. I will never, ever forget every little detail of that day,” says Grohl. “Especially not the black underwear, with a spiderweb and a black widow spider right where the dick is.”

The Foo Fighters will release a new album, Medicine at Midnight next February 5th. In an interview with NME in november 2020, Dave Grohl talked about the band’s new album, saying: “Since it’s our tenth record and 25th anniversary, we decided years ago that we wanted to do something that sounded fresh. We’ve made some many different types of album.”

“We’ve done acoustic things, we’ve done punk-rock things, mid-tempo Americana type of things. We have a lot of albums to fall back on. So you just have to go with our gut feeling and I thought instead of making some mellow adult album, I thought ‘Fuck that, let’s make a party album’.”

Hear the new Foo Fighters song “No Son Of Mine”: