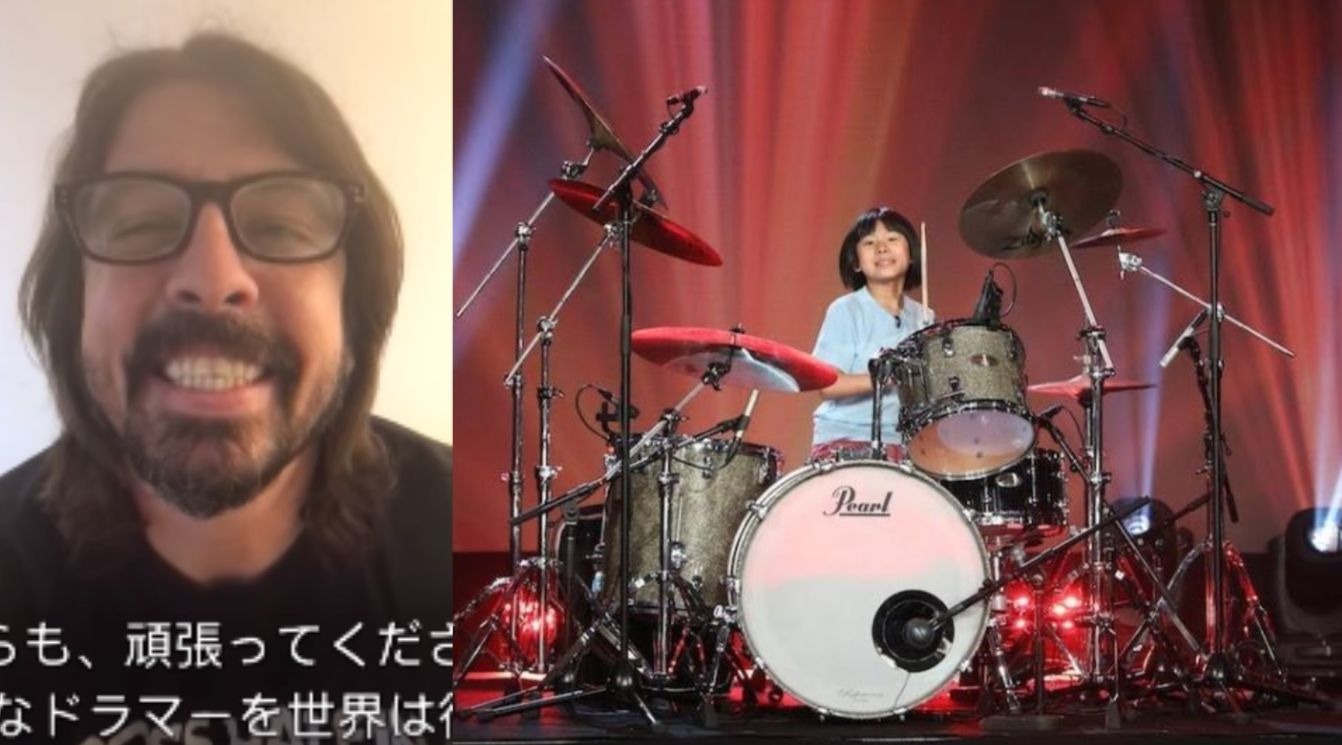 Dave Grohl spent more of his life as lead singer, guitarist and main songwriter than as a drummer, but it was with the drums that his career began.

After playing influential hardcore bands like Scream, the guy joined Nirvana and alongside Kurt Cobain and Krist Novoselic made history in Rock And Roll.

Recently a 9-year-old Japanese girl named Yoyoka Soma was on Ellen DeGeneres’ show and there she showed off all her drumming skils, playing songs like Led Zeppelin’s “Good Times, Bad Times” and “The Pretender” by Foo Fighters.

After the performance of his band’s hit, Dave Grohl appeared on video congratulating the young profession colleague and telling her to continue to play:

Hey Yoyoka, this is Dave Grohl from Foo Fighters. I saw you playing ‘The Pretender’ before and you’re wonderful. Continue like this because the world needs more drummers.

You can see the video just below, where Yoyoka starts playing around the 5:35 mark.

“The Pretender” is a song by the American alternative rock band Foo Fighters. It was the first single from the group’s 2007 album Echoes, Silence, Patience & Grace. It is one of Foo Fighters’ most successful songs; peaking at number 37 on the US Billboard Hot 100 (making it their third top 40 single), only “Learn to Fly” and “Best of You” beat its position on the Billboard Hot 100.