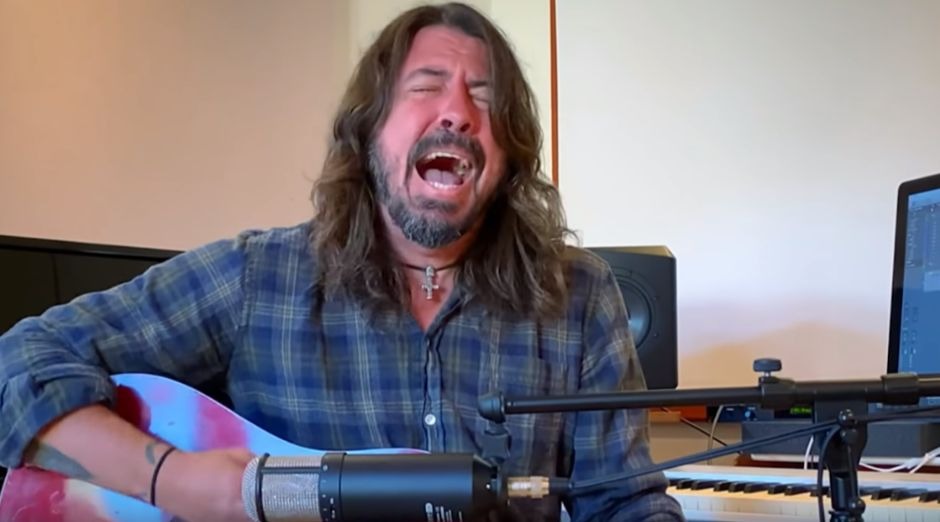 In March 29 happened the iHeartRadio online festival presented by Elton John and Dave Grohl was present. The British musician had several guests at his event. In addition, Billie Joe Armstrong, Billie Eilish, Backstreet Boys and more participated. Dave Grohl made an acoustic version of “My Hero” dedicated to people who are “on the front lines” of fighting Coronavirus.

The charity broadcast over the weekend with live online performances of music stars in their homes raised nearly $ 8 million. The money went for two charities serving rescuers and Americans facing economic hardship amid the coronavirus crisis.

“My Hero” is the third single from Foo Fighters. Which is on their second studio album entitled The Color and the Shape. The song was released as a single in 1998. According to Dave Grohl, the song is dedicated to everyday heroes, as he never had heroes on TV or in sports while growing up.

In addition, many people think that the song is about Grohl’s close friend and former Nirvana band-mate Kurt Cobain. After that, Grohl himself showed disapproval of this interpretation in a 1999 interview on The Howard Stern Show.