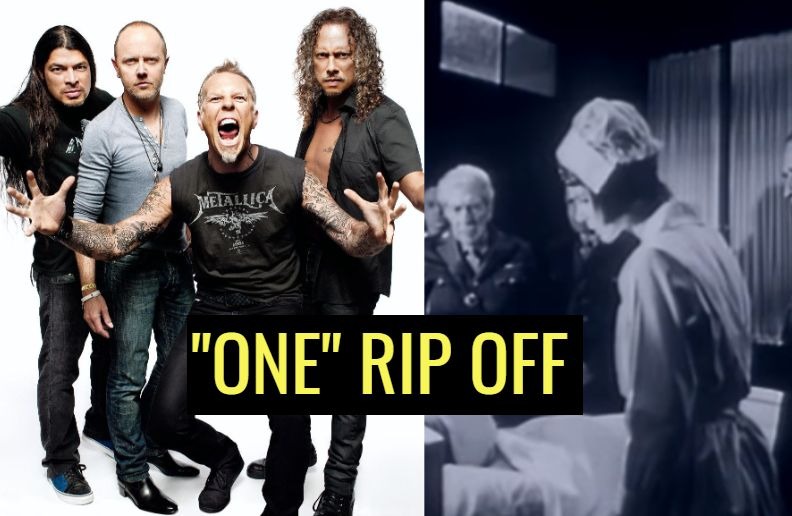 On an interview at Let There Be Talk, Dark Angel’s drummer Gene Hoglan talked about the similarities between the band’s song “Darkness Descends” and Metallica’s “One”, and he said that the Metallica song was definitely inspired on the Dark Angel song.

“And it’s well known in the scene that as soon as [Metallica] put out ‘One’, I got so many phone calls going, ‘You know those guys are ripping you off.’

“We had [Metallica’s longtime] soundman, ‘Big’ Mick [Hughes], we had him on a tour, and Metallica was up for the Grammy at the time, but it hadn’t been announced or anything yet.

“And I was joking that, ‘If they win the Grammy, I’m gonna sue’ – totally joking. And Mick was like, ‘You should. They’ll probably give you a hundred grand to shut you up.’

“And I was like, ‘I’m not gonna become the pariah of the metal scene by suing Metallica.’ Everybody’s stolen Metallica riffs.”

“The whole everything. The drum part, definitely. And that’s why I just thought it was kind of funny. The first line in the whole thing is, ‘Darkness…’

“And it comes right from ‘Darkness Descends,’ opening track on the second [Dark Angel] record. So, as soon as you hear it, you’d catch it.”

The drummer said that he never talked to Lars Ulrich about it, even that he had toured with Metallica many years later when he was a member of Fear Factory.