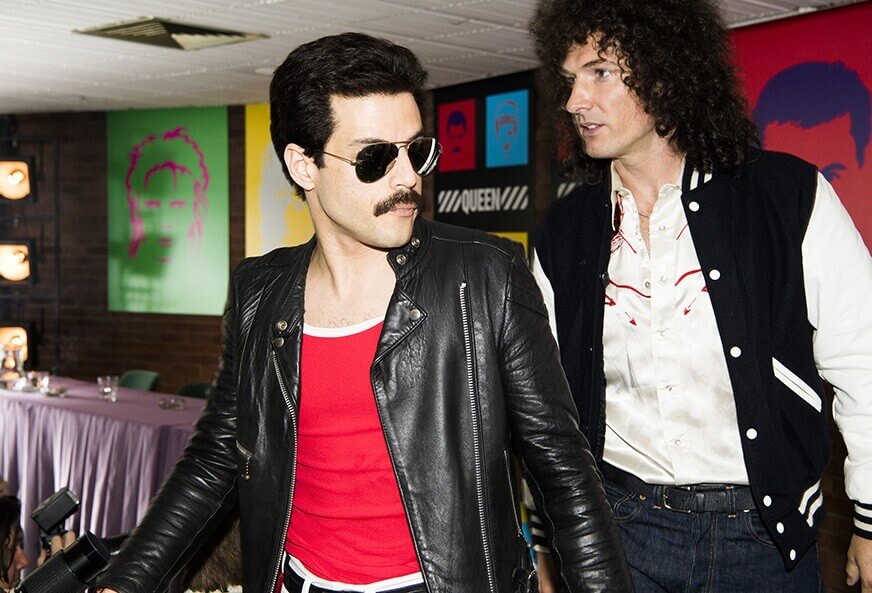 Early reviews of “Bohemian Rhapsody,” Queen’s biopic under the vision of vocalist Freddie Mercury, are being released this week. The film opens on Friday (2) in the United States.

“Perhaps due to the participation of the surviving bandmates, May, Taylor and Deacon come off well. Even Mercury is shown (when he’s not otherwise distracted) as valuing the input and talents of his proverbial co-stars.”

“But the movie itself fails to break free from the biopic formula, specifically with detours into Mercury’s personal life that inexplicably reframes his life story as an Afterschool Special about the dangers of partying and gay sex. Yes, Freddie is absolutely presented as bisexual in this picture, but the film essentially argues that he would have been fine had he remained in a monogamous hetero relationship with Lucy Boynton’s Mary Austin. Whether it’s homophobic or old-school slut-shaming, it’s icky.”

The Guardian’s Steve Rose highlighted Rami Malek’s performance but gave only two stars to the film – for him, the feature has a “problematic moralist subtext.”

“A few weeks ago, I wrote that my benchmark for a Mercury biopic would be a re-creation of Queen’s legendary 1977 launch party in New Orleans, featuring naked waiters, contortionists, drag queens and dwarves with platters of cocaine on their heads. This being a 12A/PG13 certificate, no such rock excess is on offer, leaving only a few kisses and gropes and the odd reference to being “high” to suggest Mercury’s wild party lifestyle. That and the moralistic sneering.”