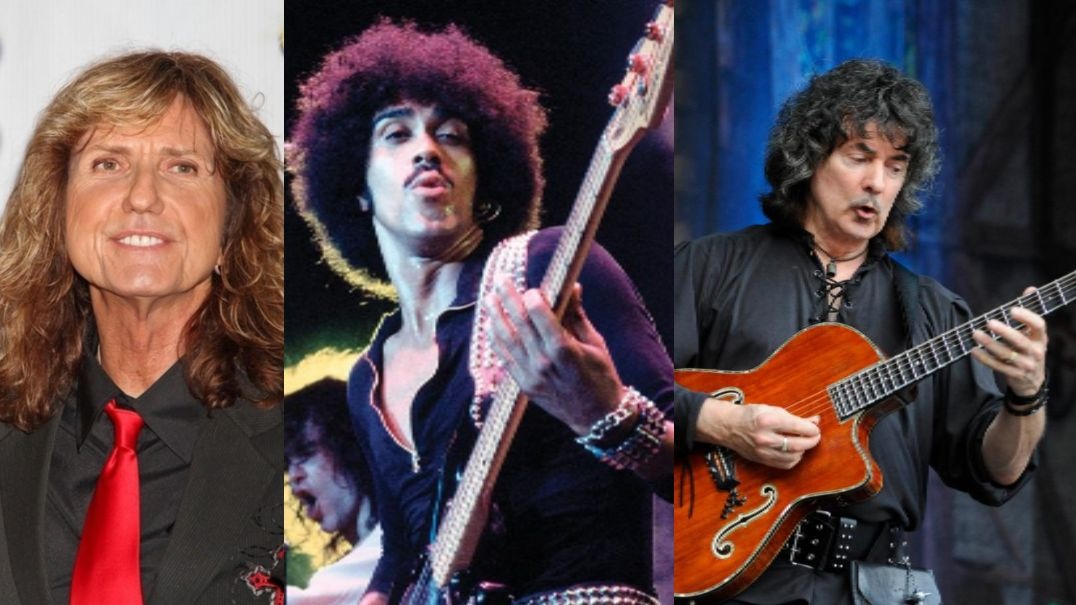 “Here’s something you might not now. Before I got the job at Deep Purple, Ritchie Blackmore and Ian Paice were actually secretly jamming with Phil [Lynott] at Ritchie’s house.

“I hadn’t joined it, I was one of the reasons, I think, Ritchie stayed [in Deep Purple at the time].

“One of the best compliments about it ever, he said, ‘I wanted a man’s voice, and you brought it in,’ and I got all twitchy. Once I got the gig, that [supergroup] was off the table because he was unhappy the way things were going.

“There was a great deal of friction at that time. I was a kid, I’ve got the job for my 21st [birthday], you know.”

In an interview with Classic Rock Magazine, Paice said about the Baby Face project:

“Deep Purple constructed music in a very specific way. ‘Limiting’ isn’t the word, but it was a little more arranged. Ritchie and I thought it would be fun to have the freedom of a three-piece band, where basically everything was up for grabs musically – you could change every song every night, which we couldn’t really do in Purple.

“We’d see Phil Lynott with Thin Lizzy at the Speakeasy club in London really early on in their career, and we thought: ‘Wow, what a fantastic voice.’ But we didn’t actually pay a lot of attention to his bass playing, because he was such a great vocalist.

“So we thought we’d try something out – me, Ritchie and him. We got a day together in a studio in Holland Park in West London, and we just started to mess around to see what happened.

“We started jamming some new stuff and seeing what happened, which is what we do with Purple anyway, though obviously the Purple set-up with very different. The stuff we were jamming was bluesier, more in a Cream or Free vein, that kind of idea.

“Well, Phil’s voice was staggering, wonderful. But he couldn’t play, at least not to the standard that we needed if it was just Ritchie, myself and a bass. When there’s only three of you, everybody’s got to be really good at everything they do.

“Really, the bass playing had to be on a par with someone like Jack Bruce. And, God bless him, Phil wasn’t there yet. He was pretty simple, and quite often out of tune and out of time. And although he became really, really good at everything he did, at that point, he wasn’t.

“Ritchie and I looked at each other and went: ‘It’s not working. It’s a nice attempt to try and do this three-piece thing, but let’s go and rethink it.’ But we never did rethink it. We got back on the road with Purple and it just sort of disappeared into the mist.

“I saw Phil a couple of times after that, but it was always really in passing: ‘Hey, how you doing? Gotta go. Bye-bye.’ But the ship had sailed by that time.

“We actually recorded the session. The tapes got lost somewhere along the line, but really there was nothing to it. We didn’t even bother mixing it. It just wasn’t happening.”