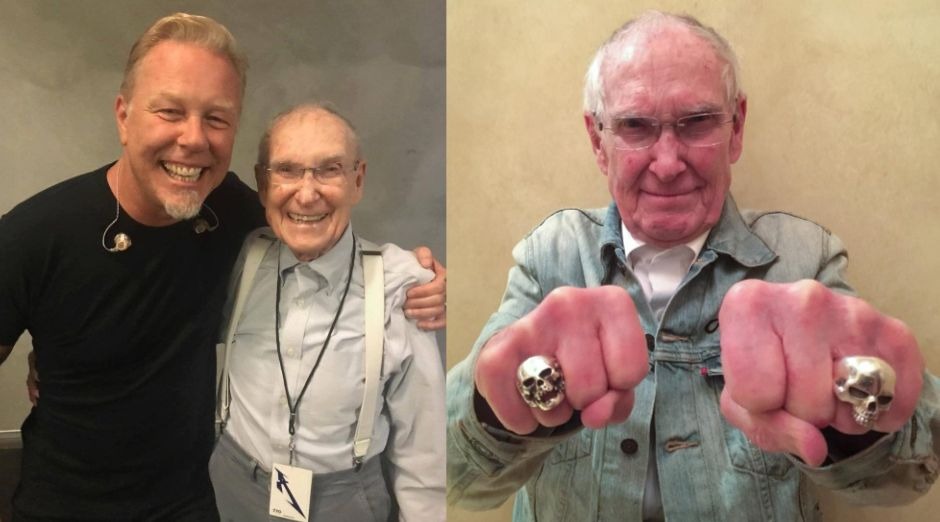 Ray was present in many moments of Metallica, even after the death of his son. He was always considered a father figure for all the band members.

Cliff’s father even spoke at the event that included Metallica at the Rock And Roll Hall of Fame. It was also known that Ray Burton donated Cliff’s royalties for Metallica music to public school students.

Metallica wrote in their official website about Ray Burton’s death:

“It is with incredible sorrow that we said farewell to Cliff’s dad Ray Burton last week. For 38 years, we were lucky enough to have the energy, wisdom and light of Ray in our lives. His eternal youth with his drive, positivity and relentless smile were both incredibly powerful and stirringly honest.”

“From coast to coast and overseas too, Ray’s beaming face would regularly greet us, offering warmth and anchor to our travels, and when it came to the entire Metallica family, band, crew and fans, he viewed us all as his own.”

“That he has passed away leaves an indefinable feeling of sadness and loss, but equally, we know Ray wouldn’t want us “moping around on our darn keisters” for too long. So, in honor of him, and the kind of man he was, we also want to truly celebrate the 94 years of life Ray gave everyone, knowing in certainty that a glint of his light, wisdom and energy will always be with us all wherever we go.”

“We love you Ray, Rest in peace”

“Ray… Thank you for lighting up every room you walked into, for inspiring all of us with your positive energy, your perseverance, your effortlessness and for always making everyone feel comfortable in your presence… and of course, thank you for giving the world the gift of Cliff and his unique talents. I’m honored and humbled to have played and stood beside him.”