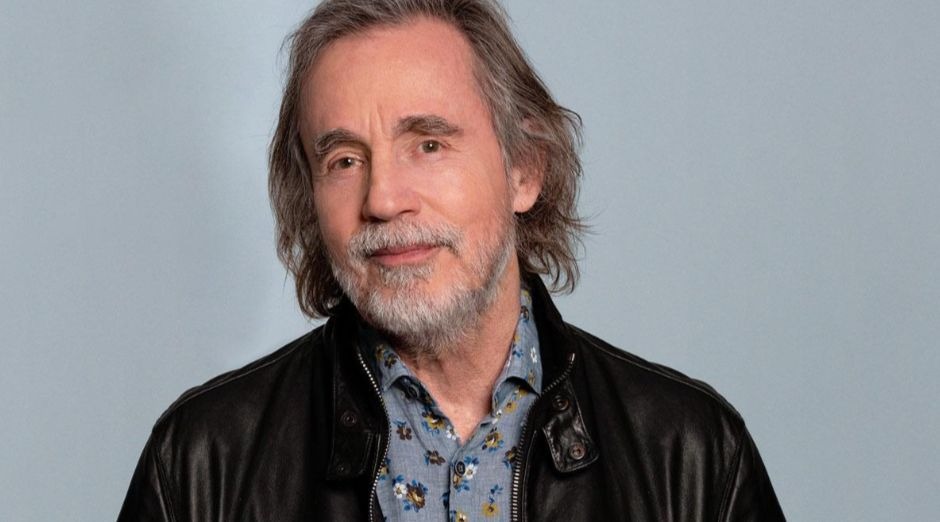 Classic Rock musician Jackson Browne has Coronavirus and has been self-quarantining in his Los Angeles home for the last 10 days.

Jackson Browne revealed he tested positive for Coronavirus in an interview with Rolling Stone:

“As soon as I had a small cough and a temperature, I tested [for COVID-19]. My symptoms are really pretty mild, so I don’t require any kind of medication and certainly not hospitalization or anything like that.”

Jackson Browne believes he picked at his trip to perform at the Love Rocks NYC benefit:

“There was already a question of being careful and saying, ‘I’ll bump elbows and not shake hands and won’t hug anybody. I won’t behave like that at this show. But still, you’re in close quarters and you’re breathing the same air. They are swabbing the mics, but somebody in the crew has it. For all I know, he got it from me. Could have got it from the crew member that has it or he could have got it from me. I don’t know. I traveled on an airplane to get there.”

“I’m in the middle of trying to call everyone I know to discuss with them how they are feeling and whether or not they have symptoms. You have to assume you have it. You need to assume that you in some way could very easily pass it to someone else. … There’s so much we don’t know. The one thing you can do is not go anywhere, not show up anywhere.”

How are you feeling?

“The prognosis for what to do once you test positive is pretty much the same as if you don’t test positive, which is to stay put. And stay self-quarantined. Don’t expose anybody. Don’t go anywhere.”

“I quarantined immediately upon feeling sick. It was before the mandatory quarantine orders were issued, because you don’t know if you had it or not. I’m in the middle of trying to call everyone I know to discuss with them how they are feeling and whether or not they have symptoms. You have to assume you have it. You need to assume that you in some way could very easily pass it to someone else.”

“The other thing is if you test positive, you just get over it if your body can handle it. If you contract it and your body fights it off, you’ll have the antibodies and you’ll start contributing to the herd immunity. The idea that everyone is going to eventually wind up having these antibodies in common is mysterious to me. It’s obvious that the one thing you can do to make a difference in everyone’s chances is to quarantine yourself.”

There seem to be a lot of younger people that aren’t afraid of getting it.

“I think what young people need to know everywhere [is] they may be less likely, but they have to treat it. They can spread this disease by not taking it seriously. They can spread it to somebody by presuming they won’t have any adverse effects themselves, and they can therefore keep partying and going where they want to go. It’s just not true. They have to understand that everybody is part of the response to this.”

“I hope that nobody has got it bad. You just don’t know who’s got a strong immune system and who doesn’t. I was told today by my doctor there’s a 19-year-old on a ventilator in Santa Monica. There’s no guarantee that because you’re young, you’re not going to be affected by this. The thing we should all be very aware of is by traveling around the city and moving this germ from place to place, inadvertently, you are risking the lives of everybody, including the most vulnerable, people who have asthma or people who are really old.”

How long have you been home for?

“It’s about 10 days. It’s not that long, but it feels like forever [laughs]. It seems like a long time. I’m presuming I got this flying back and forth to New York to do [the] Love Rocks show at the Beacon. And now it turns out that several people who were at that show have tested positive. I’m going to try and get in touch with everybody and keep talking with them.”

“I feel lucky that I’m not really badly affected. I guess I’ve got a really strong immune system. There’s so much we don’t know. The one thing you can do is not go anywhere, not show up anywhere. Now, I wish I hadn’t gone to New York and done this benefit. I think to myself, “How much simpler would it have been had I just called in and said, ‘No, I’m not going to travel on a cross-country flight and spend two days in New York with all these people that are singing all over the country.’”

How are you keeping yourself occupied at home?

“Well, I’m having a lot of really great conversations with friends of mine who I’ve been too busy to catch up with in a long time. There’s that. I’m trying to keep track of everyone in my family and all my friends. When you calm down and start thinking about other people and their vulnerabilities … I know people all over the place that normally I’m too busy to keep track of. But now I’m able to call and see how they’re doing.”

“I’m listening to music. Watching some shows. Spending a lot of time reading all these op-eds. There’s a bunch of medical bulletins and stories in The New York Times. When you called earlier, I was listening to the press conference with Governor Cuomo. It’s all really good, important information.”

I think you testing positive will definitely help people take this more seriously.

“It’s important for us all to be pretty forthcoming about what we’re going through. Our experiences will be helpful for others to know. I don’t think my case is that important, but it might be helpful to know that some people don’t get this really bad. The idea that we can contribute to the overall herd immunity. You get over this as quickly as you can and be available to help others.”