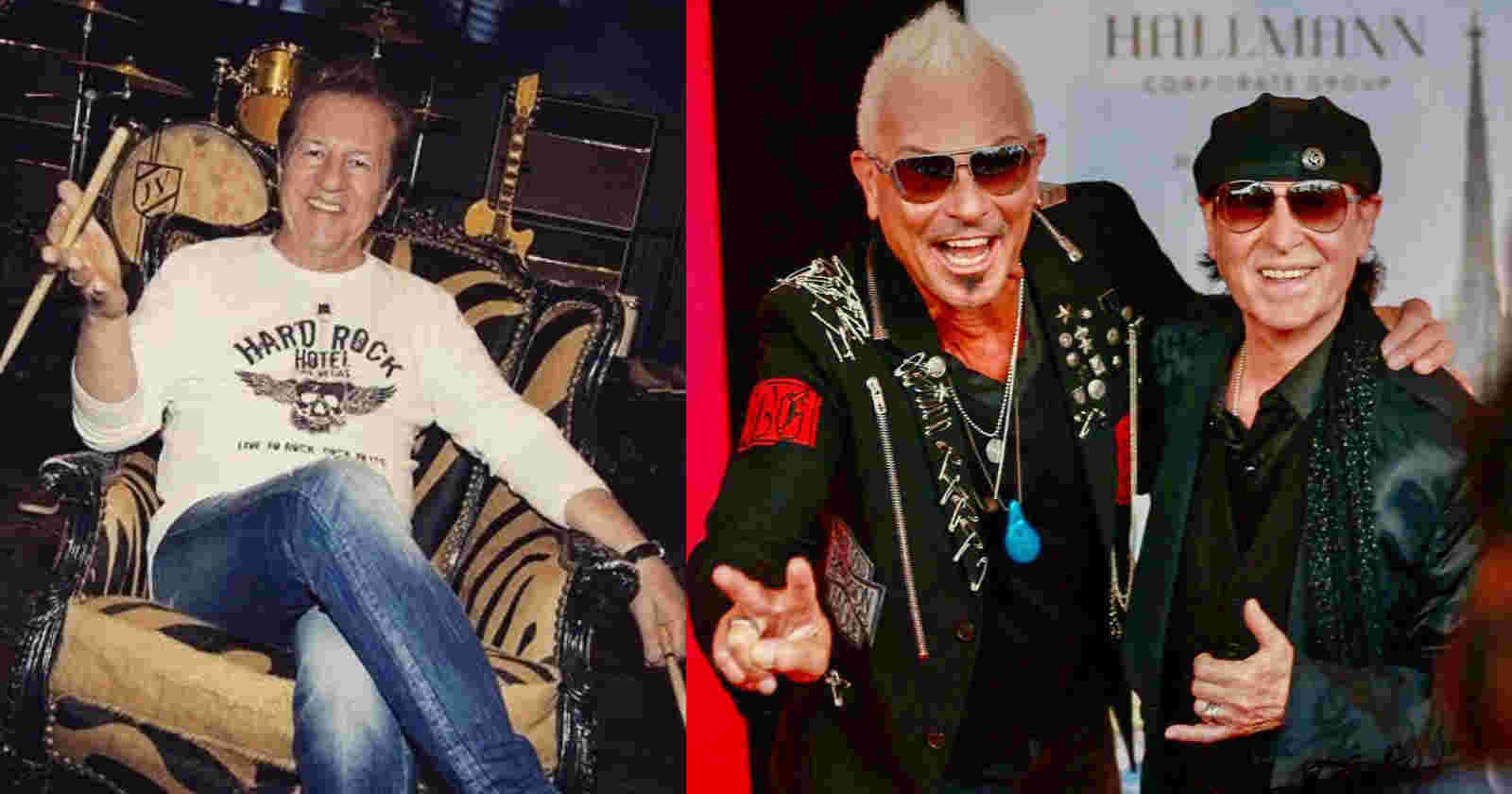 He is currently promoting the reissue of his 1981 solo effort “Nip In The Bud”.

“I’ll tell you how disappointed I am. I sent them a message (Back in 2016, when the previous drummer James Kottak was fired) offering my services, and never even got a reply. I thought that was very rude.”

“Now I hear the Scorpions are claiming their new album will be a return to the glory days of the eighties. If they’re serious about that, they should get [former bassist] Francis [Buchholz] and me back, and also Dieter Dierks who produced all those classic albums. You know why they won’t do that? Greed! It would mean having to share everything five ways and not three.”

“The band never mention me in interviews, which I find ridiculous. But there’s a new documentary in the pipeline from ITV on the band. I am being interviewed for this, so I can finally set the record straight on my role.”

Famous Scorpions lyrics were written by him

Rarebell wrote or co-wrote several Scorpions hit songs like: “Rock You Like a Hurricane”, “Make It Real”, “Dynamite”, “Blackout”, “Arizona”. Also “Bad Boys Running Wild”, “Don’t Stop at the Top”, and “Tease Me Please Me”.