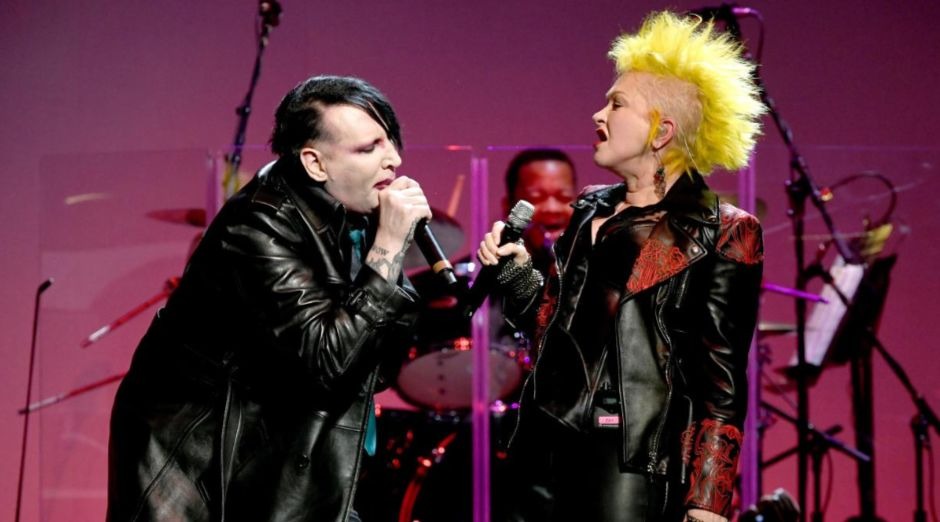 Names such as Perry Farrell of Jane’s Addiction, Kesha, Greyson Chance, Belinda Carlisle of Go-Go’s were present. And surprisingly hardcore punk icon Henry Rollins and Marilyn Manson have come on stage for a fun night out and for a good cause. The moeny has been reverted to the singer’s NGO seeking to assist homeless LGBTQ youth.

Henry Rollins was the lead singer of Black Flag, one of the most important bands in American punk history. Nowadays he is more dedicated to making spoken word tours, that is, seeing him singing on a stage is a rarity, even more a song of his old band, but that is what he did by remembering ” Rise Above “, the song that opened the 1981 album” Damaged “.

Cynthia Ann Stephanie Lauper (born June 22, 1953), iis an American singer, songwriter, actress and activist.] Her career has spanned over 40 years. Her album She’s So Unusual (1983) was the first debut album by a female artist to achieve four top-five hits on the Billboard Hot 100—”Girls Just Want to Have Fun”, “Time After Time”, “She Bop”, and “All Through the Night”—and earned Lauper the Best New Artist award at the 27th Grammy Awards in 1985.