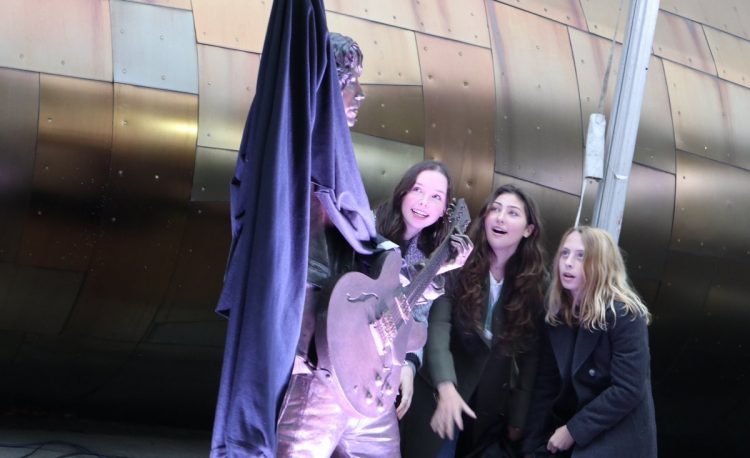 The statue to honor the late Chris Cornell was inaugurated at the Museum of Pop Culture in Seattle, with the presence of Vicky Cornell, the widow, who financed the tribute. The statue was carved by Nick Marras.

See below a video of the unveiling and photos of the statue: 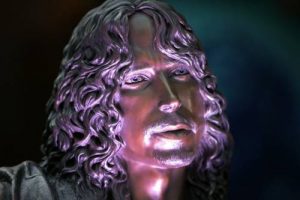 Cornell struggled with depression for much of his life. He was found dead in his Detroit hotel room early on the morning of May 18, 2017, after performing at a Soundgarden concert an hour earlier at the Fox Theater. His death was ruled suicide by hanging.

Christopher John Cornell was an American musician, singer and songwriter. He was best known as the lead vocalist for the rock bands Soundgarden and Audioslave. Cornell was also known for his numerous solo works and soundtrack contributions since 1991, and as the founder and frontman for Temple of the Dog, the one-off tribute band dedicated to his late friend Andrew Wood.

Cornell is considered one of the chief architects of the 1990s grunge movement, and is well known for his extensive catalog as a songwriter, his nearly four-octave vocal range, and his powerful vocal belting technique.

Across his entire catalog, Cornell has sold 14.8 million albums, 8.8 million digital songs, and 300 million on-demand audio streams in the U.S. alone, as well as over 30 million records worldwide. He was nominated for 15 Grammy Awards and won twice.