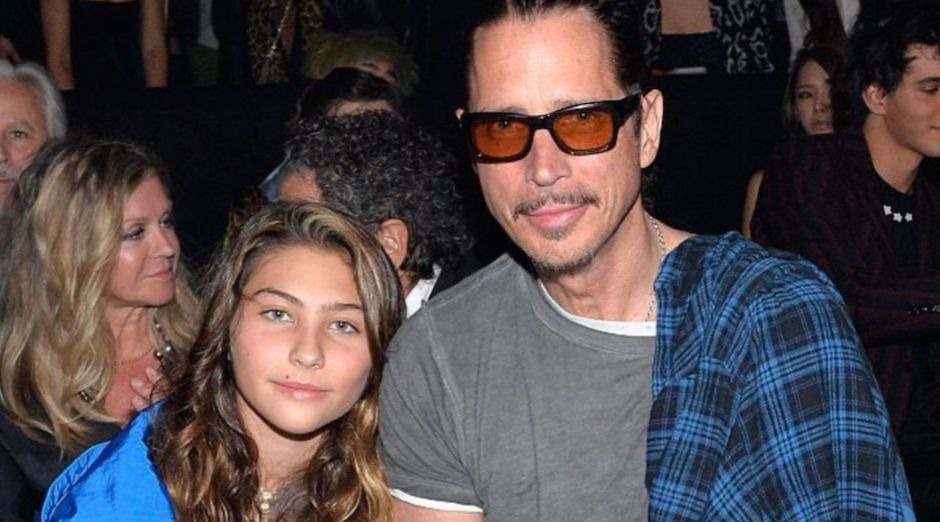 Chris Cornell 15-year-old daughter Toni made a cover of Temple of the Dog’s 1991 classic “Hunger Strike” in her late father’s home studio in order to get donations for the fight against Covid-19 pandemic. The presentation was part of “Music Lives”, that was a LiveXLive production, that had 100 artists in 48 hours of live entertainment. All the profit will go to MusiCares for pandemic relief.

“Hi, I’m Toni Cornell, sitting in my dad’s studio during this crazy time. I’m gonna sing one of my favorite songs for you guys. I love you daddy and I hope I do this some justice. This event is about discovery for young artists who are really going to struggle in this environment as much as it is about the established artists.

“We want to support the music community and part of that means working with amazing distribution partners like Facebook’s Oculus Venues, Complex Media, and our presenting partner, TikTok, to reach as many music fans globally as possible and to raise funds for MusiCares.”

Chris Cornell was an American singer, guitarist and composer considered to be one of the founders of the grunge movement. He was known as a vocalist for being part of Soundgarden, Temple of the Dog and Audioslave. During his career he won 3 Grammy Awards (with 16 nominations in total).

In 1991, Cornell gained notoriety with his band Soundgarden with the release of the album Badmotorfinger. Also, the band achieved worldwide fame with the hit “Black Hole Sun” from the 1994 album Superunknown. Cornell also released five solo albums between 1999 and 2015, and he was also famous for his four-octave vocal range. In 2007 he released the single “You Know My Name”, the theme song for the movie 007 – Casino Royale. Becoming the first American singer to record the theme song for a 007 film. The song sold 3.5 million copies digital. In 2013, Cornell composed the song “Misery Chain” for the soundtrack to the film 12 Years a Slave, where he did a duet with singer Joy Williams.