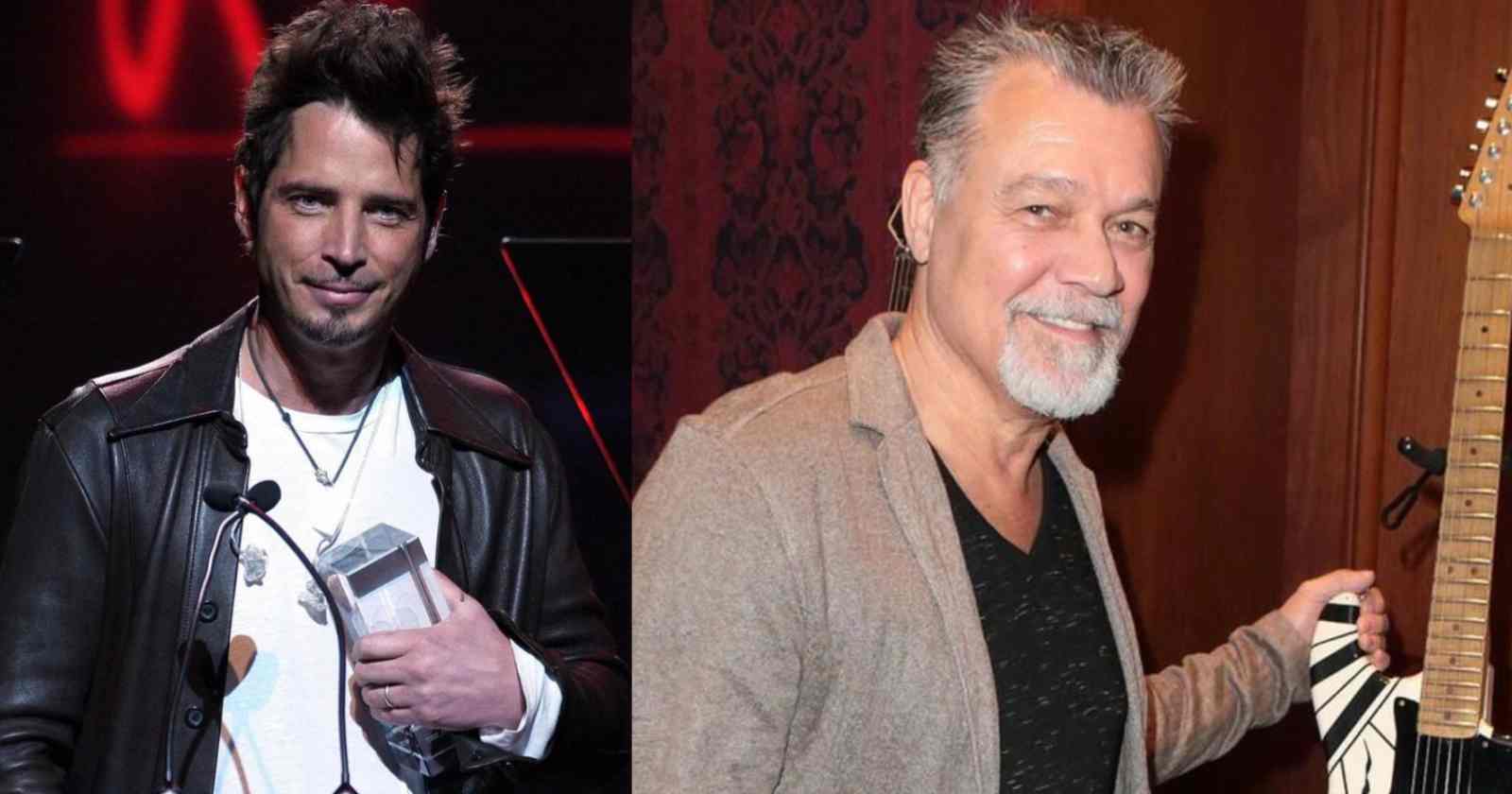 The legendary guitarist Eddie Van Halen and the praised vocalist Chris Cornell (Soundgarden, Audioslave) almost recorded together according to guitarist Pete Thorn, who was Cornell’s solo career guitarist. The musician recalled in an interview with Mitch Lafon and Jeremy White (Transcribed by Ultimate Classic Rock) how the two late legendary musicians almost recorded a song together.

“They were buddies back around the late, I believe it’s like kind of the late ’90s, early 2000s. Eddie always wanted to do something with Chris, musically. He loved his voice and he used to be like, ‘Man, I love him. We were always talking about doing something together.'” According to the guitarist the opportunity happened in 2009 when Cornell was working on his solo record “Scream”.

“I produced up a couple of versions of a song called ‘Long Gone’ and ‘Scream,’ the title track from the album. (It was) in a very stripped-down kind of acoustic way, with brushes on the snare drum and upright bass and stuff, and me playing acoustic guitar. So Chris listened to them he’s like, ‘I love this, man.’ He looked at me and he said, ‘What do you think if we got Eddie to work on this, if we would ask him to play on it?”

Thorn went to see Van Halen at his 5150 studios and showed him the track.

“I don’t want to get anybody excited thinking that this ever got finished, because it didn’t. But he did work on it. “You know, I would go up there over the next couple of weeks, and he had played on it. I would listen to it and just be like, ‘I can’t believe this is happening. This is myself and Eddie on a track.’ And then, it’s a long story. But it never got a vocal on it by Chris. You know, that was what it was. Ed got busy doing the next Van Halen record right around then and producing things up. It just never ended up getting finished,” Pete Thorn said.

Rob Halford says Judas Priest is talking with K.K. Downing for Rock Hall show
The Black Sabbath song that Ozzy said it’s a farewell to his father
To Top