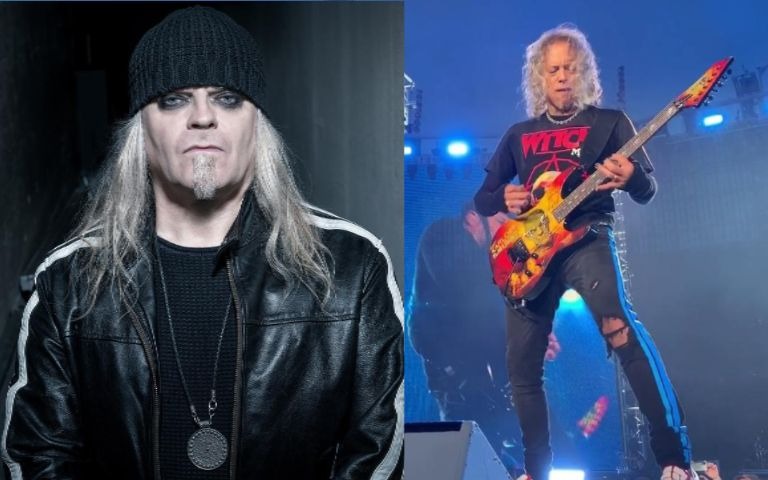 Tom G. Warrior didn’t like Metallica’s cover of one of his band’s songs, Celtic Frost. The group led by James Hetfield has created the custom of, at some point in their shows, playing a song that is linked to where they are performing. At these times, who takes over the presentation are Kirk Hammett and Rob Trujillo.

In May, when passing through Switzerland, Metallica played “The Usurper”, and now Warrior sad that he thought the version was a pretty crap.

In an interview with Rolling Stone, he stated:

“They broke the track, it was humiliating. Why don’t they keep their millionaire fingers out of it? They have already lost the ability to play Metal, in my opinion. Maybe I should go onstage and do a pretty miserable version of Hit the Light with, like, 200 mistakes to balance it out.”

He also criticized James Hetfield about his hunting habits.

“This is totally personal, and I know that probably most of your readers won’t share the feeling, but even if they had done a fantastic job, I could throw up on him. Because I do not support people who hunt bears as a hobby. I can’t respect someone like that, even if he’s a music genius.”

Metallica has not yet commented on the statements.