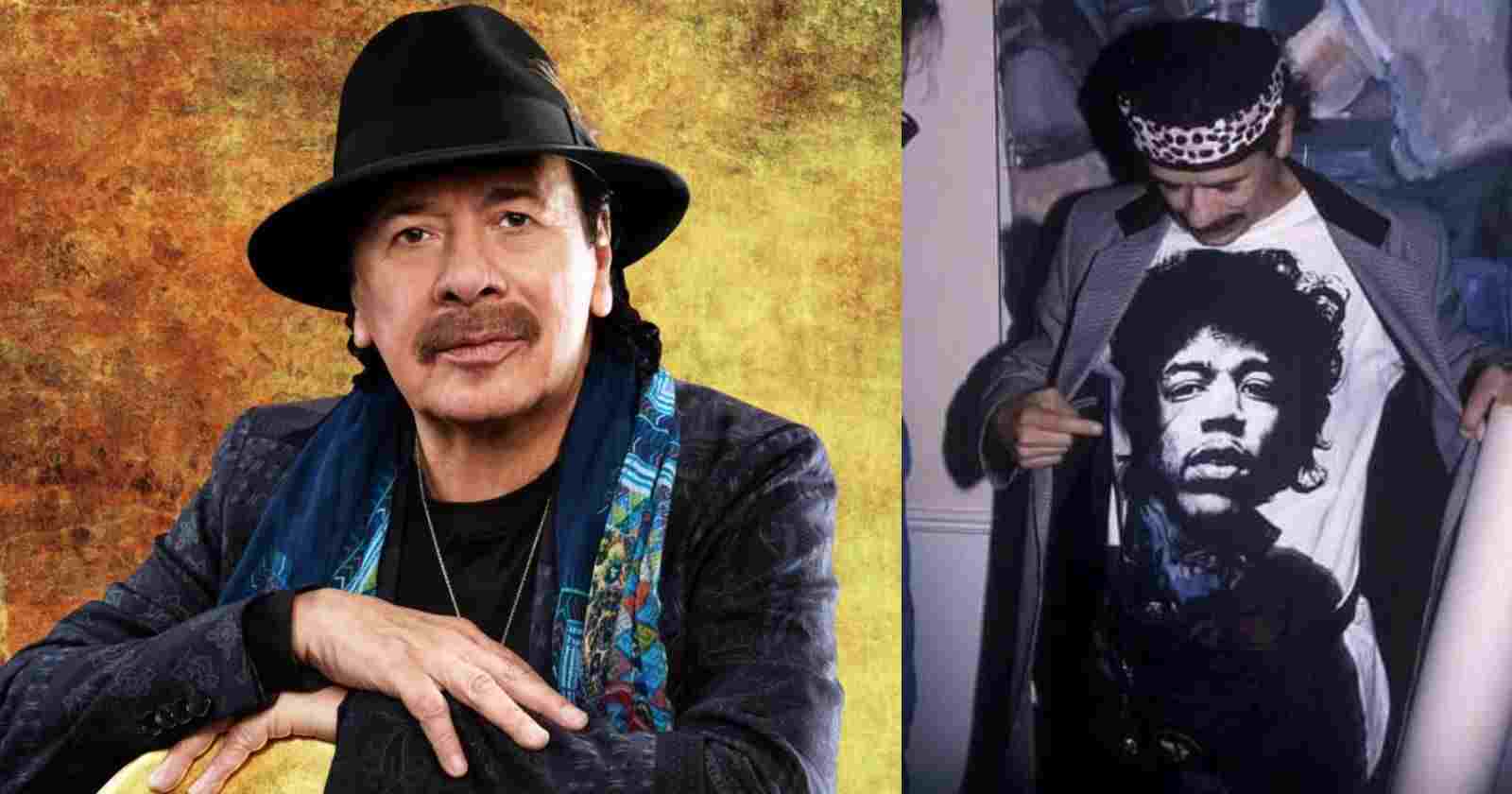 Legendary guitarist Carlos Santana reflected about the drug influence in music composition. In the interview with The Captain the musican said that Jimi Hendrix wouldn’t be the same without acid.

Carlos Santana said about the drug influence in music:

“I know Jimi Hendrix created that kind of music because he took some acid. If he hadn’t taken some acid, it wouldn’t sound the same. And those who’ve taken it, like the Beatles on [1967’s] ‘Sgt. Pepper,’ I can tell you who took it and who was yet to take it.

“Because those who’ve taken it, they sound a lot more galactic, it sounds beautiful. And the others sound like the neighborhood – and the neighborhood is beautiful, but it’s not galactic. Once you go galactic, it’s something different… Miles [Davis], The Doors… There’s something… I’m not promoting, but I am saying that there’s a television this size, and then there’s ultra-surround-around, multi-dimensional, you know…

“And I thank god… Some people who took it never came back, something happened to them. For me, it gave me even more clarity; somehow I can dance with insanity and sanity and make it work, and make it fun, so I tell the people who try to make fun of me, like, ‘Well, you took too much.’

“And I go, ‘Well, you haven’t taken that.’ And when you haven’t taken that you don’t have the right to insult me and make fun of me because you don’t know what it’s like to go into this other portal. Because it is a portal in the dimensions. This is why shamans, American Indians before the white people came from Europe, it was a way to – it’s kind of like a meditation.”

Whatever substance it is – could be alcohol, whatever, even with someone like Eric Clapton, you know, his music was different during that era, and probably more adventurous…?

“The clue is that it puts the mind aside – because the mind is very limited. It allows your spirit and your soul and your heart, the three most important parts of you as a musician, or any kind of artist: your spirit, your soul, and your heart.

“Your spirit and your soul, they’re immutable, first of all, they cannot be messed with. It’s your ego, it gets your feelings hurt, you know? ‘You broke my heart or didn’t do this…’ It’s been 50 years, get over it.

“But your spirit and your soul, this is why I love musicians who I can just immediately hear the spirit and the soul taking over the heart, then the heart tells the mind, ‘Shhh, don’t think, get out of the way, and allow it to flow through you.’

“That is the best kind of music that I heard from The Doors or anyone that I love because it’s not them anymore, it’s the universe being channeled through them. There is such a thing, you know, I wish you and I had time to actually do a seminar and invite people to ask the questions, like for example, in 30 seconds before we leave, show me how many times you can give yourself chills – I mean, real bonafide chills.

“If you can’t give chills to yourself, then I’m not gonna get it either, because that’s music. If I don’t feel it, why should you? But if you learn to give yourself chills in one note, the audience is never gonna forget that note.

“I’ve seen people say that to Eric: ‘Eric, the way you played tonight, I’ve never been touched like that before.’ And Eric probably went home and couldn’t remember what you’re talking about, because he wasn’t there, it was going through him.

“And so there has to be in the future seminars about guitars and strings and pedals, amplifiers, but how to access the unknown tone, the other side of the unknown, because that’s the one that people are going to remember,” Carlos Santana said.