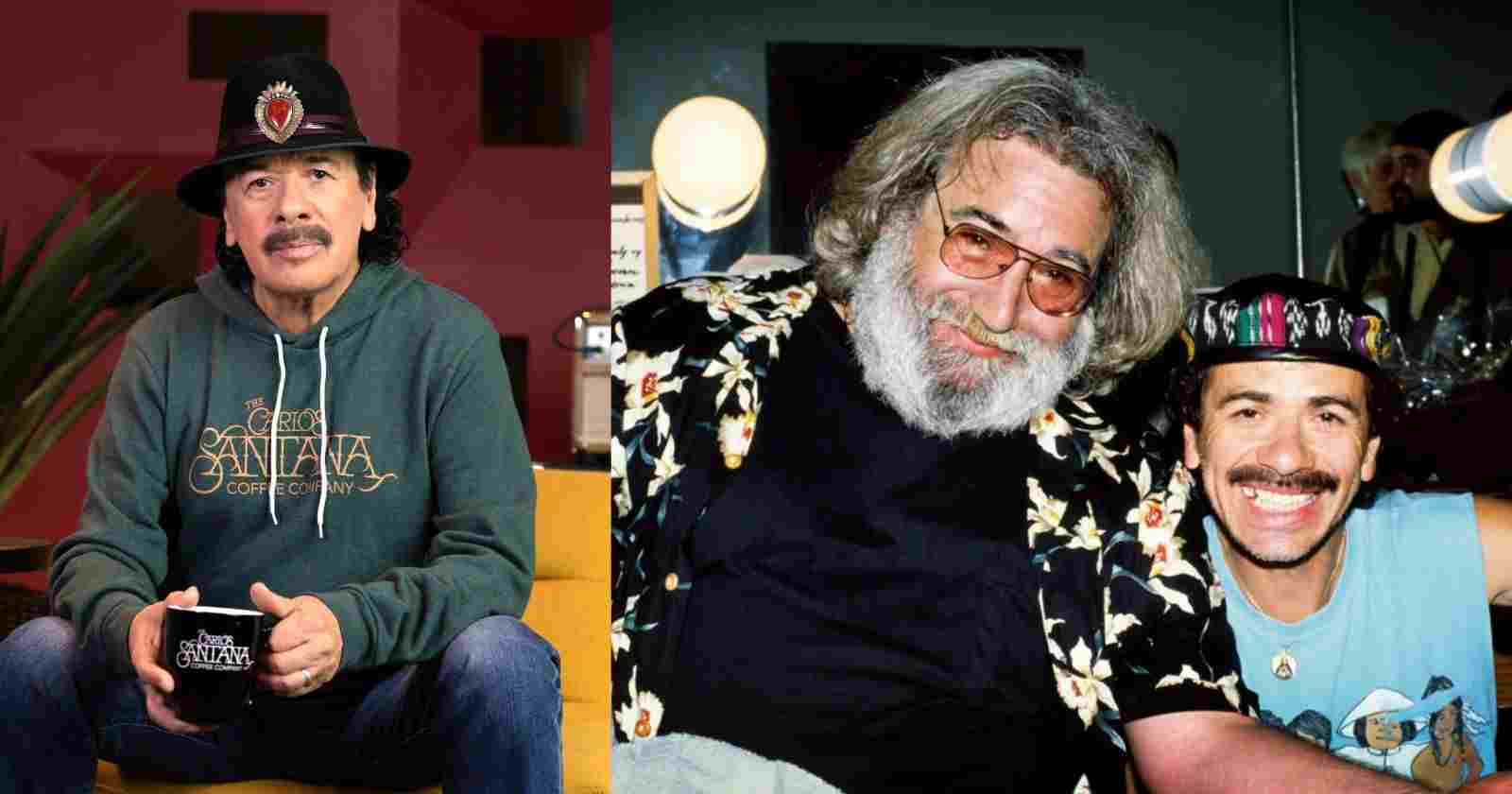 Guitarist Carlos Santana is one of the most influential guitarists in rock music that had the privilege to play at the historical Woodstock Festival. In an interview with Sirius XM back in 2019 he was asked to shared his favorite memory of Woodstock and the musician revealed that it involved Grateful Dead guitarist Jerry Garcia.

“Jerry Garcia saying to me ‘ha ha ha, what time you gonna go on?’. You know, we just landed like a run 12, 12h30 in this helicopter, watching this ocean of hair and flesh and everything, you know. He says (Jerry Garcia) ‘Well, we supposed to go on four bands after you guys. Make yourself comfortable, because we are not going on to like 12h30 at night. Oh, and by the way would you like to have some of this?’

“I’m like ’12h30 in the afternoon, 12 at night… yeah!” By that time I should be fine, you know. So I took the thing and then about an hour or two after I took it this face comes over and goes ‘If you don’t go out now… now… now… now… yo’re not gonna play at all..’ And I’m like ‘Oh Lord’. You know, I’ve been here before though. Because we played for The Greateful Dead in 68 in Las Vegas and the same thing happened.”

“I heard it people say ‘Don’t drink anything because The Greateful Dead are known for putting some stuff in it’. I washed the Coca-Cola thing, I really washed pretty good. So I didn’t realized that they put a syringe in it and they put it in there, you know. So we played and we had to go back to San Fracisco after the concert and I’m getting into the airport and all of sudden the airport keeps getting longer and longer. The way to the airplane, it keeps getting longer and longer and longer. The colours starting to sound live a lava lamp and I’m like ‘Oh, they got me’.”

“You see, so that’s the good thing, that I was prepared so I wouldn’t as they say become terrified, you know. Because be in that state in front of 450.000 people it’s a little challenging. However, I’ve learned my first mantra ‘God, please help me, God please help me. Just keep me in time and tune. Just keep me in time and in tune an I promise I will never do this again”.