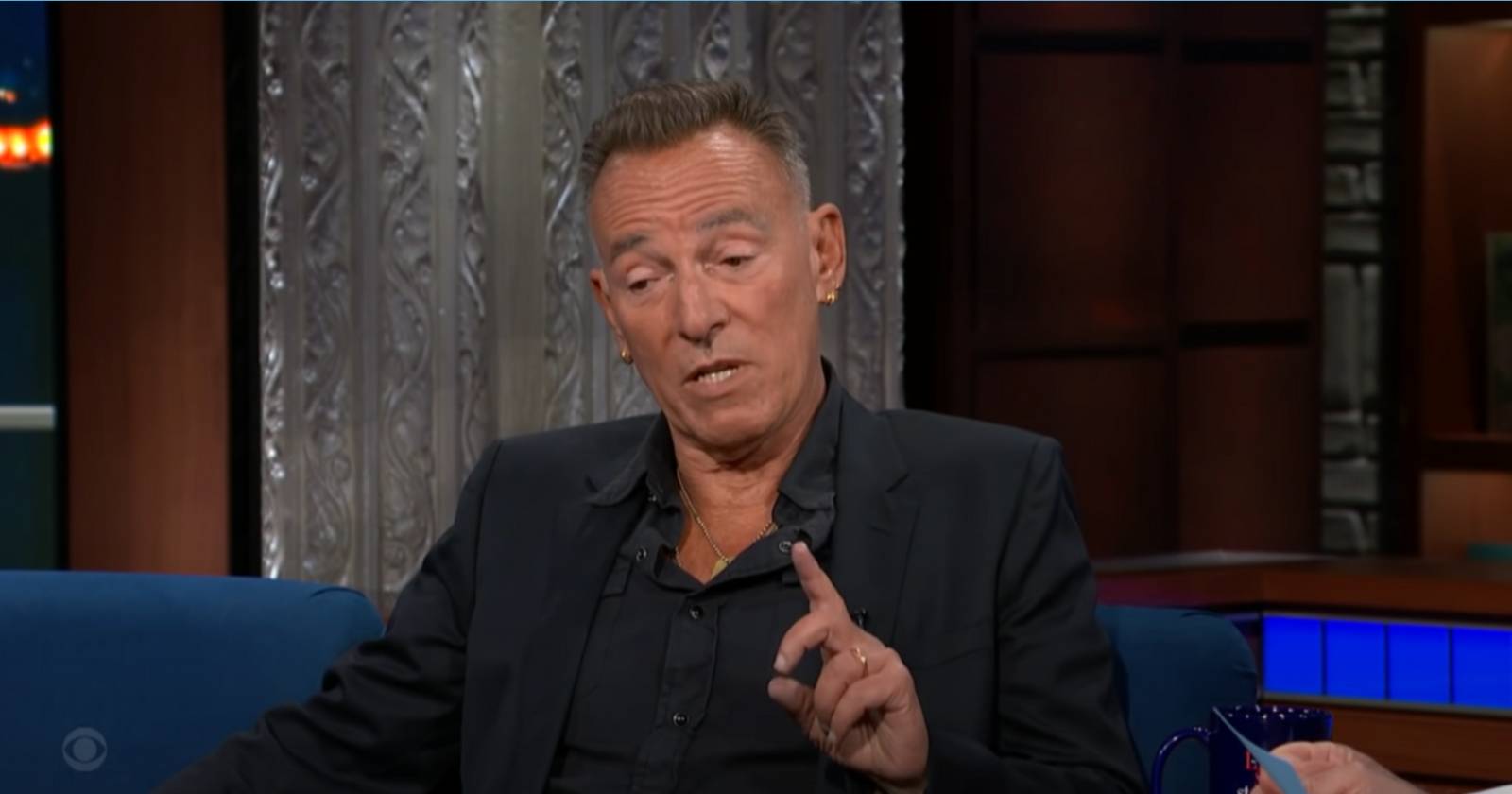 Bruce Springsteen reveals the song he would listen to the rest of his life:

Bruce and Sinatra are both New Jersey natives and of Italian descent. Springsteen sang at Frank Sinatra’s 80th birthday tribute in December, 1995 the sogn “Angel Eyes” and talked about the musician before, saying (Transcribed by Rock and Roll Garage): “Well, I’m here tonight not just to salute Frank’s artistry because well, he is the patron saint of New Jersey and since his rise from the streets of Hoboken, Frank has basically owned the place but he has been gracious enough to loan me a small piece of it by the beach.”

“We first me at a party about 6 moths ago and we talked about the Jersey shore. I was glad to find that his conversation was still peppered with the kinds of words that have made our state great. My first recollection of Frank’s voice was coming out of a jukebox, in a dark bar on a sunday afternoon when my mother and I went searching for my father. She said ‘Listen to that, that’s Frank Sinatra, he is from New Jersey’. It was a voice filled with bad attitude, life, beauty, excitement and nasty sense of freedom, sex and sad knowledge of the ways of the world.”

“Every song seemed to have it’s post script and if you don’t like it here’s a punch in the kisser. But it was the deep blue of Frank’s voice that affected me the most and while his music became synonymous with black tie, the good life, best booze, woman’s sophistication, his blues voice was always the sound of hard luck and men late at night with the last ten dollars in their pockets trying to figure a way out.”

Springsteen also answered some other questions like “what is the best sandwich?”, to which he replied: “That’s easy, 3 a.m, peanut butter and jelly, big glass of milk.” He also revealed what is the scariest animal to him and said he had been bit by it a few times: “The scariest animal used to be the shark because when I was younger I was a surfer. But I have been bit several times by a brown recluse spider and they leave a nasty necrotic sore. So I would say for me right now, a brown recluse spider. Spiders, I don’t like spiders.” Colbert then asked were Springsteen were bitten and he said “On my lower body”.