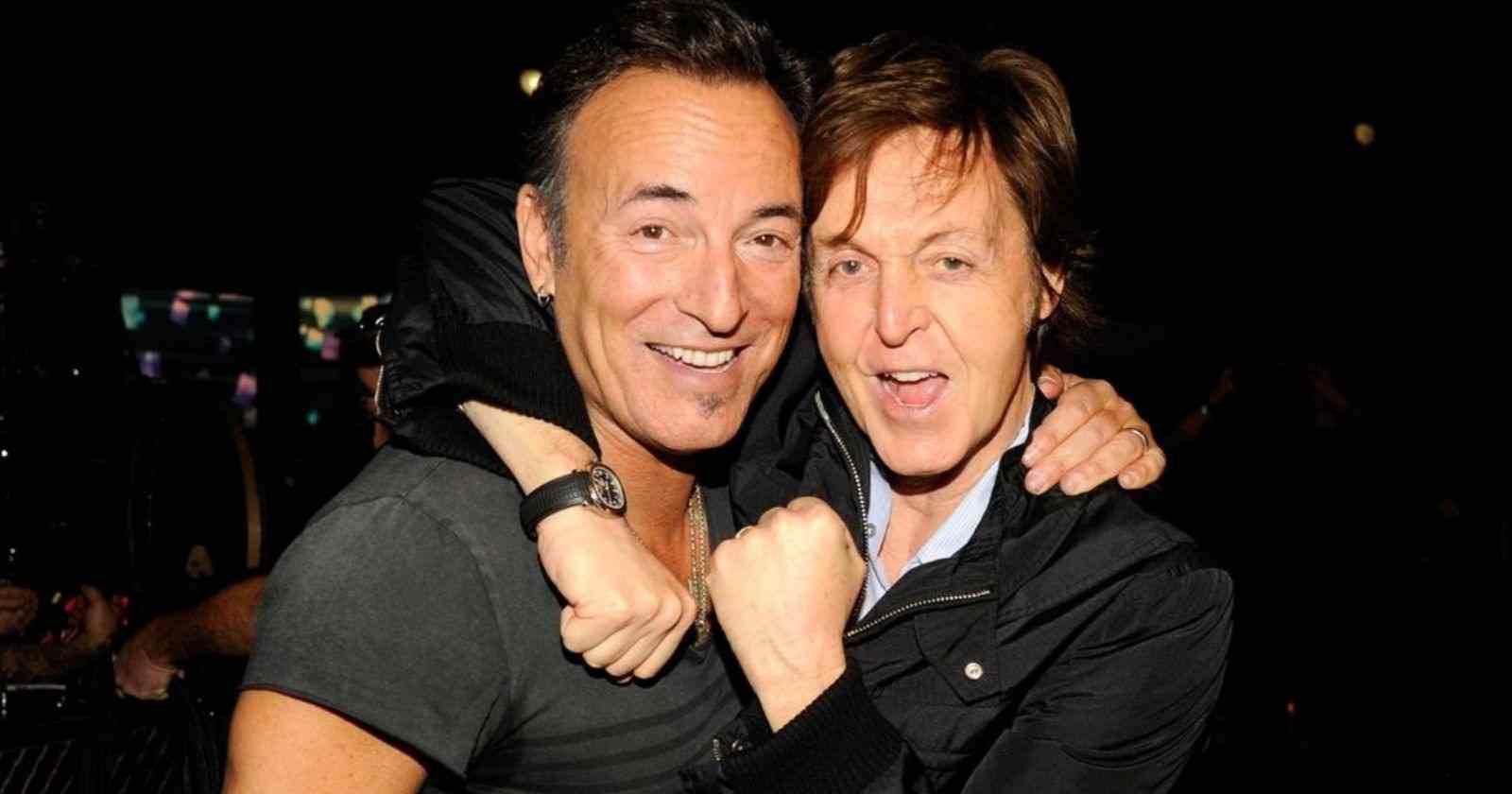 Bruce Springsteen just released his new album with the E Street Band called “Letter To You” and in an interview with Rolling Stone he recalled the first time he ever heard The Beatles, Bob Dylan and Punk music.

“‘I Want to Hold Your Hand’ came on the radio in, I think, 1964. That was going to change my life because I was gonna successfully pick a guitar and learn how to play. When I saw Elvis on TV, I was 9, I was really young. I tried to play the guitar – it didn’t work out, and I put it away. But, the keeper was 1964, ‘I Want to Hold Your Hand’ on South Street, with my mother driving.”

“I immediately demanded she let me out, I ran down a long neon-lit isle into the bowling alley, ran to the phone booth, got into the phone boot, immediately called my girl and said, ‘Have you heard this band called The Beatles?’ And after that, it was nothing but rock ‘n’ roll and guitars.”

What was your first time hearing punk?

“I think I just started reading about it, and it was a little record store in the Village that was importing all of the punk-rock records. And I went, and I bought every record – not that I’ve heard, but that I’ve heard about.”

“So I bought all of these early punk-rock records unheard, just to see what that was about. And that was really the first time I actually heard the records. So I just brought them home and played them by myself in my room. ”

What about your first time hearing Bob Dylan?

“I liked The Rolling Stones, I’ve heard the songs of Bob Dylan that were the hit songs on the radio. But I didn’t hear all the early Bob Dylan records. I first heard Bob when he was on Top 40 radio, that must have been ’64 or ’65 – so that changed my life.”