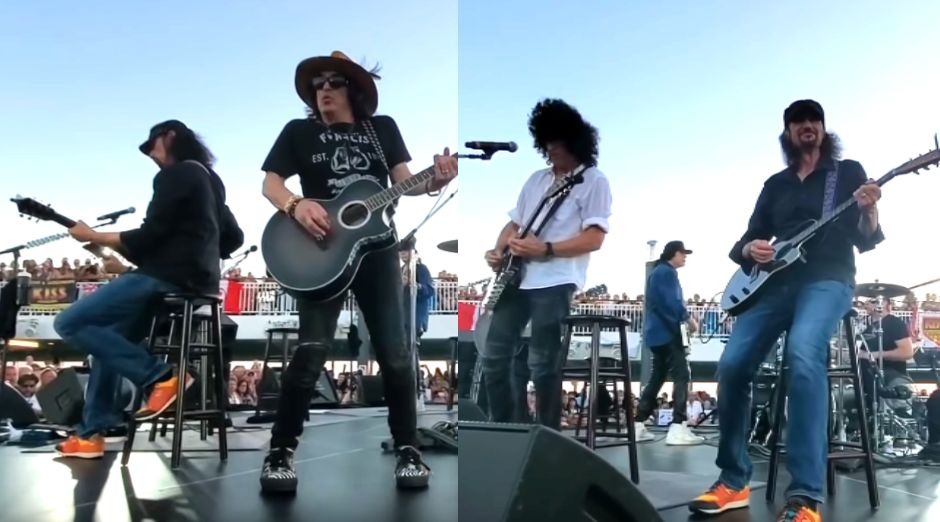 Guitarist Bruce Kulick played again with Kiss during an acoustic show. The performance took place at this year’s edition of Kiss Kruise, the band’s cruise, with which the musician had already participated in a guitar concert last year.

Kulick was invited from about halfway through the Kiss show. With the band he played the songs “Hide Your Heart”, “She”, “Shandi”, “A World Without Heroes”, “Domino”, “Every Time I Look At You” and “Nothin ‘To Lose”.

Prior to Bruce Kulick’s participation, the band had played the songs “Comin ‘Home”, “Hard Luck Woman”, “Plaster Caster”, “See You Tonite”, “Love Her All I Can”, “Hotter Than Hell” , “Beth” and “Mainline”.

During this year’s Kiss Kruise, Bruce Kulick will also perform with his solo band, which features two members of Slash’s The Conspirators: bassist Todd Kerns (who takes over vocals here) and drummer Brent Fitz, Kulick’s former colleague at Union.

Last year, the former Kiss guitarist, who joined the lineup between 1984 and 1995, had already played with the band on the cruise in an acoustic performance. He also shared the stage with Ace Frehley of the original formation.

Video: #KISS "She" in the round on @kisskruiseofficial IX with special guest @bruce.kulick .

Kiss farewell tour “The End of the Road” continues in 2020 with more than 80 dates.