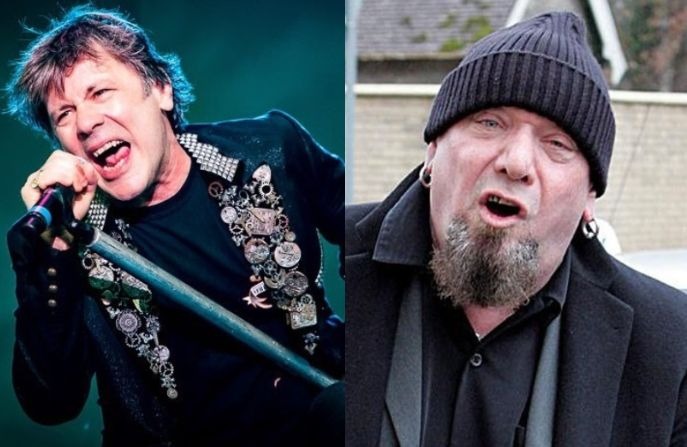 In a conversation with RTBF, Bruce Dickinson talked about how he auditioned for Iron Maiden on September 1981, and he revealed that he did it when Paul Di’Anno was still in the band.

“When I joined, I remember going the first day to rehearse… The first day when I went to do the tryout, for auditioning for them, it was in a rehearsal place. The old singer [Paul Di’Anno] was still with them; they still had two more shows to do with him.

“So I thought, ‘Well, the atmosphere’s gonna be a little bit strange.’ ‘Cause, obviously, he didn’t know, but everybody else did know that he was gonna be fired. I wasn’t terribly comfortable with it. My ‘singers union card’… [Laughs] I was, like, ‘Ahhh…’

“And then Steve turned up, and we went, ‘Hey, we’ve been buzzing away. What should we do?’ And they’d asked me to learn four songs. Well, they only had two albums. I learned all the songs.

“So, I said, ‘Well, what songs do you wanna do?’ And we basically almost played both albums back to back. And Steve was like, ‘Wow! When do we start?’ So there was no problem at all.”

Paul McCartney, Ringo and Ronnie Wood play Beatles’ “Get Back”
Tommy Thayer says that even metalheads go crazy when they hear “I Was Made For Lovin’ You”
Advertisement
To Top