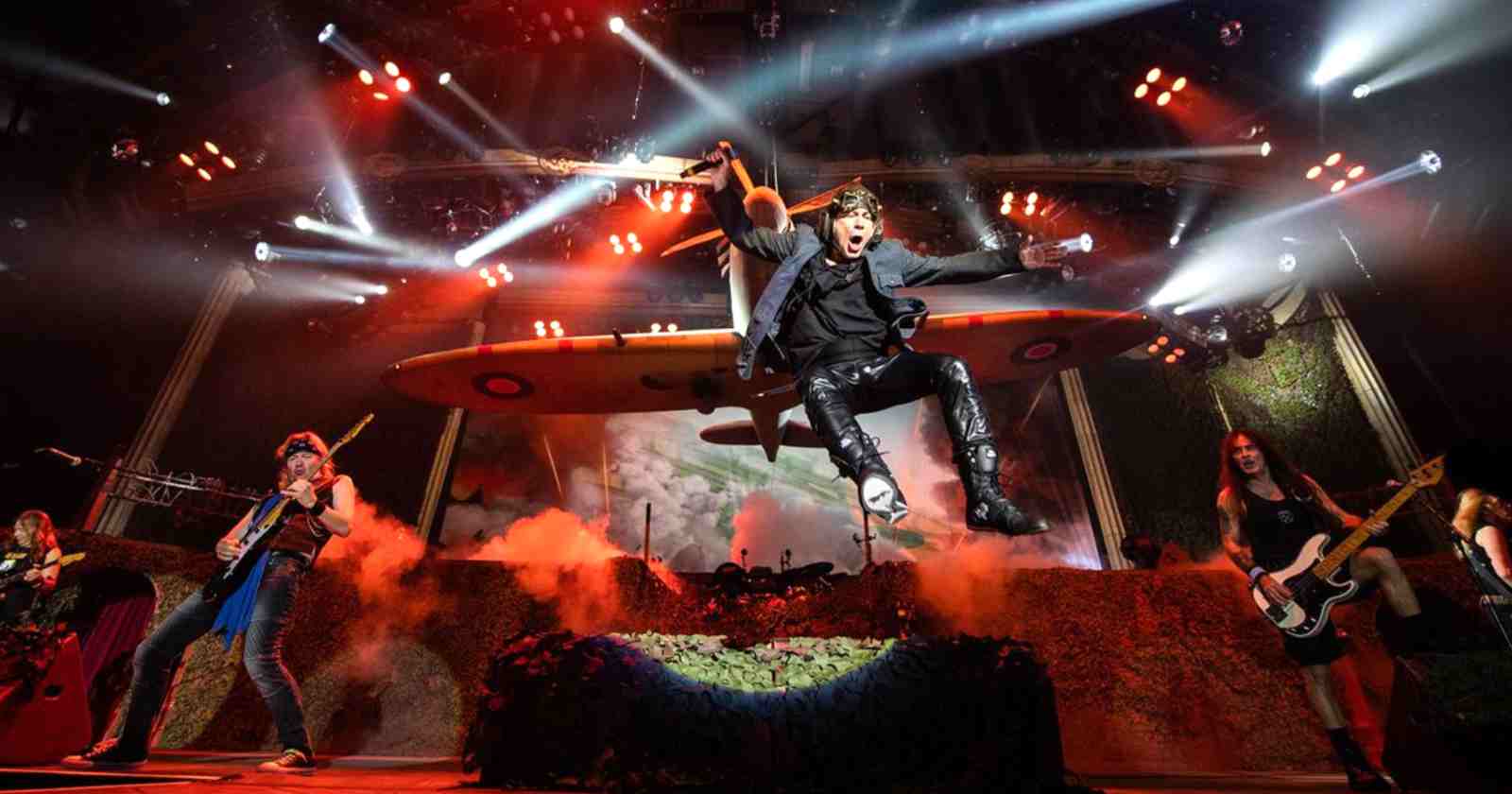 Iron Maiden vocalist Bruce Dickinson said in an interview with Full Metal Jackie (Transcribed by Blabbermouth) that the British Heavy Metal group has no plans to retire and they will probably play until they “drop dead on stage”. The musician said that he is always amazed about the different generations that not only go to Maiden concerts but also to his spoken-word tour.

Bruce Dickinson says that Iron Maiden has no plans to retire:

“We’re not planning to retire at all, really. I think we’ll probably drop dead onstage. I can think of worse places to drop dead. But no, we’re not planning on retiring. We’re all still firing away loads of energy and loads of enthusiasm. So I can’t wait to get back together (The band).

“With respect to our fans, we’ve got generations of fans now. Even at spoken-word shows, I can crack jokes about the age of the audience only because half the audience is, like, my age, but the other half of the audience is often way, way younger. So it’s brilliant. We’ve got this whole intergenerational thing going.”

“Obviously, at the Maiden shows, it’s even bigger, the emphasis on that. And huge numbers of women. It’s fantastic. ‘Cause it always used to be cliché, back when I was starting in the early ’80s, that heavy metal was just, like, misogynist, male-dominated stuff… But no, it’s not true. There’s loads and loads of heavy metal fans who are girls.”

Iron Maiden released in 2021 “Senjutsu” their 17th studio album and singer Bruce Dickinson recently announced that his new solo record is almost ready. The last album he released on his own was “Tyranny Of Souls” back in 2005.

He talked about the new album in an interview with Consequence, saying: “I’ve been working on it, on and off, since Tyranny Of Souls. But between lockdowns and albums and Maiden tours and everything else, I’m looking for a clear space to actually nail and say, ‘Okay, this is what it’s gonna be,’ and get to put some backing tracks down”.

“And then we can do it. So we’re at the point now where we’ve already got — I don’t know — anywhere between 50 and 70 percent of the material for the album, depend[ing] on what we pick, from things we’ve already got.”