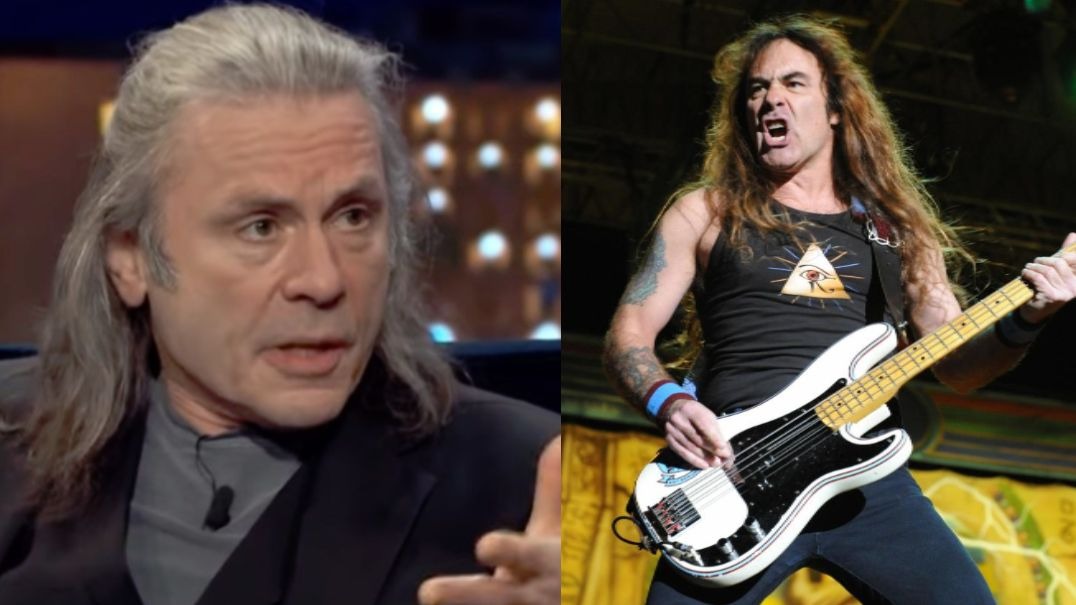 In an interview on Late Motiv, Iron Maiden vocalist Bruce Dickinson said that the band will never retire.

“As far as I’m concerned anyway, I don’t see any reason why we should ever retire. As an airline captain, I was always told that nobody ever dies on an airplane.

“So, nobody dies until somebody stands up and says, ‘Yup. He’s definitely dead.’ ‘Ha! You’re responsible then. You killed him.’ So, it’s the same with rock and roll bands. We will never die. Even if we are actually dead, we will still never actually die.”

Asked about the claims that he was invited to join the British Olympic fencing team but declined due to touring commitments with the band, Bruce replied:

“When you’re a pop star, rock star, whatever, people like to make up stories about you that are not a hundred percent true. I was okay as a fencer.

“Would I like to be on the Olympic team? Yeah. Sure. The blazers look really nice. The tracksuit is pretty cool.”

Asked about flying the group in its own plane, Dickinson replied:

“‘Cause I worked as a full-time airline pilot. I had six and a half thousand hours of jet flying, taking people on holiday. They never came back. [Laughs]

“By the time I was flying the band around, I had already been flying lots of other people around. I flew the British government around, I flew the heads of various African countries around, I flew two hundred and 20 people on holiday going wherever.

“So if it was okay with them, it was pretty much okay with the band, I think. And it kept me away from drinking myself to death as well. Tea and coffee – that’s about it, really.”