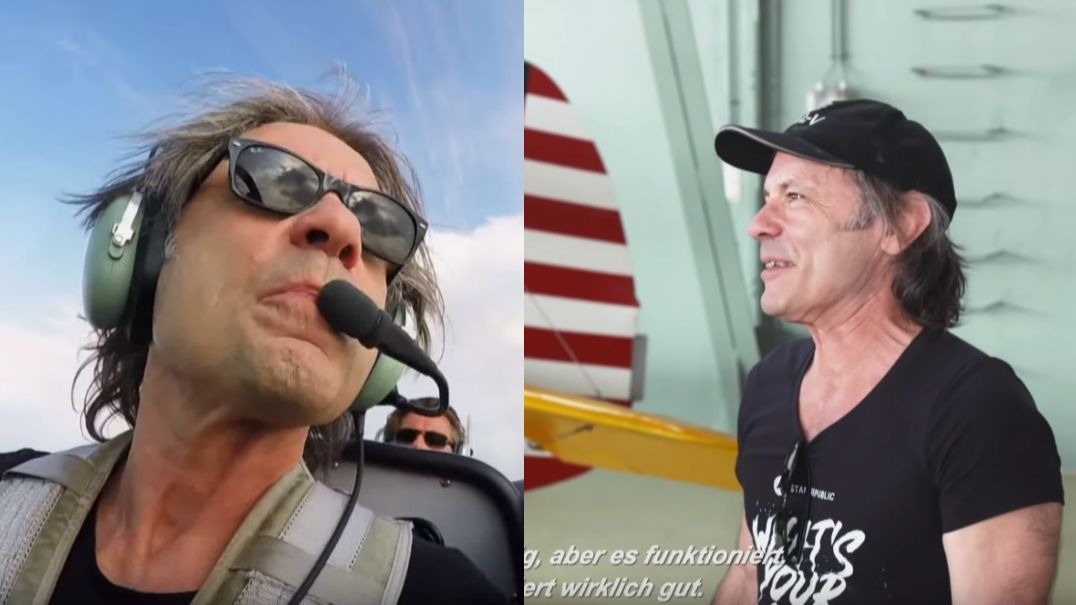 Bruce Dickinson, lead singer of Iron Maiden, was interviewed in an episode of “Wingmen – Zwei Brüder Heben Ab”, German aviation TV program. In the video available below, the musician and pilot appears flying for the first time on a P-51 Mustang, legendary fighter used during World War II.

The singer was invited to take the test and talk a little about his passion for airplanes, which became intense from the 90’s when he learned to fly. He is a businessman in the aviation segment since the creation of his company Cardiff Aviation in 2012.

Dickinson told Wales Online that he is still thrilled about flying, but that it feels totally different from playing live. “The satisfaction of flying airplanes is to be doing your job, but the satisfaction in playing live is external, looking at all the people connected to you,” the Iron Maiden vocalist said.

“With a passenger plane, everything is internal. No one says, ‘Wow! Wasn’t that great? “They are thinking about the rest of their day. Your job as an airline pilot is to deliver them safely and be invisible. This is very good for me because it’s completely the opposite of what I do when I sing,” the musician reported.